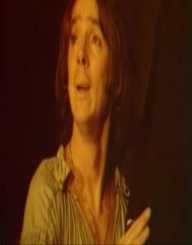 Bartolomeo Giuseppe Guarneri was a luthier; his creations bear the initials IHS (Iesus Hominem Salvator) and a Roman Cross.

Bartolomeo grandfather was Andrea Guarneri, an apprentice to the Amati violin-makers. Bartolomeo was the fifth child of parents Giuseppe and Barbara Franchi.

Bartolomeo Giuseppe was probably educated by Jesuits, as they were common in Cremona in his time. But he learned his trade from his father, who was also a noted luthier.

According to records, Bartolomeo left home in 1722,  living Parish of S. Prospero of Cremona, in a house own by his mother, Barbara Franchi. It was there that he made his famous violins.

The Brescian school influenced Bartolomeo violins, notedly he made violins with elongated c-bouts and f-holes. His work was quick and accurate, even though he paid less attention to the quality of the finish, until 1737.

It was around 1731 that Bartolomeo labeled his violins with IHS and a Roman Cross, hence earning the nickname Joseph Guarnerius del Gesù. In the late 1730s, the quality of his work decreased, possibly due to lack of business and illness. Bartolomeo had started to earn a living as an innkeeper when his violin business failed to sustain him as Antonio Stradivari dominated the violin market in Cremona.

The violins that were made in 1742 to 1744 were the most coveted by soloists. While they were crudely carved and had asymmetrical and jagged f-holes, Guarneri violin had a more in-depth timbre than a Stradivari.

Bartolomeo last violin was Ole Bull; it was bought by Taiwan’s Chi Mei Foundation in 1992. Only around 146 violins and a cello survived.

Bartolomeo married German Catterina Roda around 1722 or 1723, coinciding with him leaving his paternal home to start a new life. It was rumored that some of the violins were made by his wife, who returned to Germany after his death.

Bartolomeo died on 17 October 1744, in Cremona, Italy. He was only forty- six years old. He had no children.

But it was a hundred years later when Niccolò Paganini used Cannone Guarneri to play in Paris around 1830, that the Guarneri Del Gesu name becomes synonymous with good quality violins.