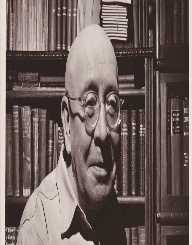 Born on July 3, 1879, Alfred Habdank Skarbek Korzybski was a Polish-American scientist, mathematician, and philosopher. His study of human behaviour and the ability to advance in some field but not in others made him develop the field of study. He saw general semantics to be different from and more encompassing than semantics and was based on principles including time binding. He, therefore, concluded that the limitation of human knowledge of the world is due to nervous system and the languages being developed. This according to him makes it impossible for one to have direct access to reality as the brain only processes what it already knows. Korzybski always wondered how the fields of science, engineering, and mathematics have been advanced yet behaviors like hatred; bigotry and violence persist in human dealings.

Habdank Skarbek Korzybski was born on July 3, 1879, in Warsaw, Poland a member of the Russian Empire at the time. He was a member of the renowned aristocratic Polish family who was had contributed enormously to the field of science, engineering, and mathematics. Growing up, he learned the Polish language at home and in school learned Russian. Having access to French and German governesses, he was able to learn both languages as well. After his elementary and secondary education, Korzybski enrolled at the Warsaw University of Technology where he studied engineering. Prior to entering the University, he managed his father’s farm.

Korzybski served in the Russian Army as an intelligent officer at the General Staff Intelligence Department during the World War I. He, however, suffered injuries on his leg during the war and therefore given a different post as a coordinator for the shipment of artillery to Russia from Canada and the United States of America as he travelled to North America in 1915. During these travels, he encountered some Polish-Americans whom he lectured on the conflict while promoting the sales of war bonds. Korzybski did not return to Poland after the war as he remained in the United States and in 1940 naturalised for the country.

After the war, Korzybski wondered why humanity engaged in such bloodsheds just for power and compared such behavior to that of animals. This led to the first book Manhood of Humanity published in 1921. The book based on human behavior proposed that proposed the theory of humankind being a time-binding class of life. According to him, this time binding is performed through the transmission of knowledge and abstractions by time accreted in cultures. The book became a success, and with this, he expanded his research into the field of psychiatry by studying with William Alanson White who was the Superintendent of the Elizabeth Hospital in Washington, D.C. After the two years of study, he devised what he called Structural Differential model, which he patented in 1923.

In 1924, he came out with Time-Binding: The General Theory and presented it at the International Mathematical Congress held in Toronto, Canada. Through further research, he developed a field of discipline he called General Semantic, which differed from semantics. In his book Science and Sanity: An Introduction to Non-Aristotelian System published in 1933, Korzybski described the basic principles of general semantic that included time-binding. To put his studies into practice, he established the Institute of General Semantics in Chicago in 1938. After the World War II, he moved the institute to Lakeville, Connecticut in 1946 due to shortage housing in Chicago and the need to move from the school’s initial building.

Korzybski was of the view that, the limitations in the thinking of humans are based on the nervous system and language structure. He maintained that humans cannot have a direct experience of the world but only our perception of what we think the world is. These perceptions derived through the nervous system can sometimes be misleading as to what the true picture is. He, therefore, concluded that humans understanding at a point lack similarity of structure with what is actually happening. With the use of some techniques derived from his study of science and mathematics, Korzybski wanted to change the awareness of abstracting of humans through what he called the "consciousness of abstracting."

Alfred Korzybski was married to a painter, Mira Edgerly in 1919. The two lived together until his death on March 1, 1950.