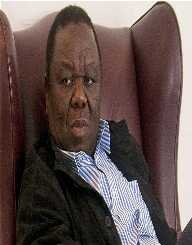 Morgan Tsvangirai was born on March 10, 1952, in Gutu, Southern Rhodesia (current day Zimbabwe). He was the eldest of nine children to his parents. He began his education in his hometown but left soon after to help his family’s financial situation. In 1974, he began working at Trojan Nickel Mine and became a member of the Associated Mineworkers Union. He quickly worked his way through the ranks of the organization and became the secretary-general of the Zimbabwe Congress of Trade Unions.

Throughout 1997, Morgan successfully led a series of strikes against the tax policy of president Mugabe. He became the chairman of the newly founded National Constitutional Assembly, which supported the creation of a new constitution in Zimbabwe. Two years later, he resigned from this post and started the oppositional party Movement for Democratic Change. With his party, Tsvangirai challenged the ruling party of President Mugabe.

The Movement for Democratic Change soon began to show its influence in the country. The party organized a referendum in 2000, which helped to defeat the government's constitutional reform bill. If approved, the bill would have extended the presidents rule and expropriate farms from white landowners. In the 2000 elections, MDC won almost as many seats as the ZANU-PF.

Tsvangirai was a candidate for the 2002 presidential election, but he was charged with treason for a plot to assassinate Mugabe. After a long trial, he was acquitted. However, in 2003, he called for mass protests to overthrow Mugabe, and was once again charged with treason, but later on, was acquitted. In 2005, the MDC participated in the national Senate elections, but the party split into two fractions.

In 2007, Tsvangirai was in the center of international attention, after the Zimbabwean police attacked him. He was seized and beaten by the police, while he was on the way to a prayer meeting at a local church. The officials claimed that the activist from MDC initiated the confrontation, but the international audience did not accept this version. Mugabe and his administration were criticized after the images of the attack spread.

In 2008, MDC with Tsvangirai as its leader participated in the presidential, parliamentary and local elections. MDC won the most seats in the House of Assembly, and the Senate seats were split between MDC and ZANU-PF. Tsvangirai also won the presidential vote with 47.9 %, but since he did not secure a majority of the votes, a second election was necessary. During the time until the next elections, MDC supporters were widely attacked and murdered. The police detained Tsvangirai on multiple occasions, and some of the party’s officials were charged with treason. Due to the increasing levels of violence, Tsvangirai decided to withdraw from the election.

The election was still held, and Mugabe won it, earning a widespread international condemnation. International observers claimed that the election was not free or fair. After this, the Southern African Development Community-led negotiations between Tsvangirai, Mugabe, and Mutambara, and after weeks of negotiations, the three signed the Global Political Agreement, which meant that Mugabe remained the president, but had to give some power to Tsvangirai, who then began to serve as the prime minister.

After the agreement was signed, Mugabe and Tsvangirai struggled to implement the agreement and argued over the allocation of the key ministries between ZANU-PF and MDC. During this time, many of MDC supporters, as well as reporters and human rights activist went missing, and ZANU-PF was alleged of abducting them. In 2009, Tsvangirai agreed to join Mugabe in the new government, and constitutional amendments were made to create the post of prime minister.

During the following years, both parties struggled to work together, and Tsvangirai continued to denounce the human rights violations by Mugabe. Next government elections with a new constitution were held in 2013. Although the voting process was peaceful, there were reports that MDC and Tsvangirai were put at a disadvantage by many irregularities. Mugabe won the election with 61 % vote, but MDS called for the election to be declared null. The party also filed petitions in the High Court to access the election data, but the court did not present the documents on time. Mugabe was declared the legitimate winner, and by the 2013 Constitution, the office of Prime minister was abolished.