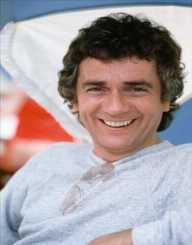 Dudley Moore was born on 19th April 1935, to John and Ada Moore. He was born in Charing Cross, London, England. Moore’s father was an electrician for the railway, and his mother was a secretary. As a youngster, Dudley Moore had extensive treatment for his club feet, which he had been born with. While his right foot corrected with the treatment, his left foot didn’t, and it was an impediment he had for the rest of his life. Due to his feet, he was bullied and picked on by other children.

Dudley Moore was musically talented as a child. He joined the church choir when he was six, and when he was 11, he was awarded a scholarship into the Guildhall School of Music. He studied various forms of music, and he became an excellent pianist and organist. He studied at Dagenham County High School, and he also continued his musical tuition. He was awarded an organ scholarship to Magdalen College, Oxford. Dudley Moore continued with his musical tuition, and he performed with other well-known musicians of the time.

In the early 1960s, Dudley Moore was recommended to Robert Ponsonby, a producer who was creating a comedy revue called Beyond the Fringe. There were several members, including Peter Cook who Dudley Moore would later work with. Although their first run through Edinburgh and surrounding areas didn’t receive much of a review, when they moved the show to London, it met with huge success. The show then moved to New York in 1962, and it ran until 1964.

Dudley Moore returned to the UK, and he was offered his own show by the BBC. It was called Not Only… But Also. Although originally intended for Dudley Moore, he invited Peter Cook on as a guest. The segment was so popular that it became a regular spot on the show. The pair continued their partnership with more television shows, and then acting in movies, The Wrong Box (1966), Bedazzled (1967),Monte Carlo or Bust(1969), and The Bed Sitting Room(1969). At the end of the decade, Dudley Moore undertook two solo ventures. The first was a film called 30 is a Dangerous Age, Cynthia, and then a stage production of Play It Again, Sam, in London’s West End.

During the 1960s, Dudley Moore also formed his own musical band called the Dudley Moore Trio, who regularly worked on television. Dudley Moore also created the musical themes for several movies at the time. Although Cook had an issue with drinking, Dudley Moore worked with him through the early 1970s. They compiled some of their material from the television shows they had done together and created a stage show which they toured with through different countries. The show’s last stop was New York, and it was very popular, winning both Tony and Grammy awards.

Dudley Moore decided to stay in the U.S. and concentrate on his acting career. Despite this, Dudley Moore did go back to working with Cook. They appeared on Saturday Night Live in 1976, and they also recorded their comedy routine on records. They recorded three albums together. Despite their problems working together in latter years, Dudley Moore was devastated when his friend died in 1995. Moore’s debut in Hollywood was a support role in a movie alongside Chevy Chase and Goldie Hawn, called Foul Play in 1978.

In 1979, Dudley Moore had his big hit, 10. It was the movie of the year, including being the highest-grossing movie for 1979. His next major success was the comedy movie, Arthur, in 1981. Dudley Moore received an Oscar nomination for Best Actor, and one of his co-stars in the movie won the Oscar for Best Supporting Actor. Dudley Moore starred in several more movies over the next two years, but his next major hit didn’t come until 1984 when Micki + Maude was released. Dudley Moore continued to star in movies over subsequent years, but none were major hits.

Dudley Moore continued to perform his music, and he worked both as a composer and a pianist. He wrote scores for several movies, and he continued to give concerts playing the piano. Dudley Moore released two albums, one in 1991 and one in 1992. He then worked with Sir Georg Solti, a conductor, and they created a television series called Orchestra, in 1991, which was to introduce people to the symphony orchestra.

After the success of the show, Dudley Moore then joined another conductor, Michael Tilson Thomas, and they created Concerto! In 1993. It was similar to his Orchestra series, but it focused on classical music concertos. As Dudley Moore's movie career began to slow down, at the same time, he was having problems remembering his lines. This had never happened before, and it was. Unfortunately, the reason he got sacked from the Barbra Streisand movie he was working on, The Mirror Has Two Faces. It would be found out later, that the memory loss was an early symptom of the disease that would eventually claim his life.

Other symptoms emerged, such as slurred speech and not being able to play the piano any longer, but nobody, including Dudley Moore, realized it was due to something more sinister. Dudley Moore was involved in more than 40 movies and television shows, 19 recorded musical albums, and 12 comedy albums. As an aside, Dudley Moore co-owned a restaurant in California, called 72 Market Street Oyster Bar and Grill. Whenever he was in town, he would play the piano in the restaurant.

Among his awards and honors, Dudley Moore achieved the following:

1985:   Golden Globe for Best Performance by an Actor in a Motion Picture –

2001:   Dudley Moore was knighted as a Commander of the Order of The British Empire (CBE)

Dudley Moore was honored with being on This Is Your Life twice, in 1972 and again in 1987.

Dudley Moore was married four times, and he went through four divorces. His marriages were all to actresses, Suzy Kendall, Tuesday Weld, Brogan Lane, and Nicole Rothschild. He had a son with Weld and another son with Rothschild.

He remained friends with his first three wives, but the divorce from Rothschild was unpleasant, and she was forbidden by Moore from attending his funeral.

Dudley Moore performed with Cook in 1987 to perform on for the homeless in the U.S. The pair also performed in 1989 for Amnesty International.

Dudley Moore was hospitalized in April 1997 in New York. He was advised he had calcium deposits in his brain which had caused irreversible damage to the frontal lobe. In September that same year, he underwent a quadruple bypass operation for his heart, this time in London. Dudley Moore had four strokes during this period.

Two years later, in September 1999, Dudley Moore made the announcement that he had a terminal degenerative disorder of the brain called progressive supranuclear palsy, or PHP.

Dudley Moore passed away on 27th March 2002 from pneumonia.