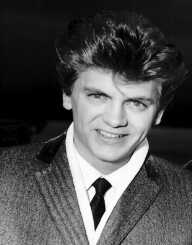 The Architect of Harmony: Don Everly

Don Everly, elder brother of the famous rock and roll duo of Everly brothers, was born as Isaac Donald Everly on February 1, 1937, in Brownie, Muhlenberg County, Kentucky, United States of America. Don was brought up in a musical family. His father Isaac Milford "Ike" Everly, Jr. was a talented guitar player and was working in coal mines since the age of 14. Ike, as he was addressed commonly, moved to Chicago, Illinois along with his wife, sons Don and Phil, to pursue a music career. Don’s mother Margaret Embry Everly married 26-year-old Ike, at the young age of 15. Both Don’s parents were in love with music and used to sing together.

During his early childhood, his family lived in Shenandoah, Iowa. Don Everly and his younger brother Phil attended the Longfellow Elementary School in Waterloo, Iowa for a year. In 1944, their family moved to Shenandoah where Don and his brother received most of their early high school education. Don started performing soon after attaining the age of 8 and along with his brother Phil started singing on his father's Iowa radio show. The brother duo performed on the radio show as "Little Donnie and Baby Boy Phi" and as Everly family when performing along with both their parents.

In 1953, Don Everly's family moved to Knoxville, Tennessee. Don and his brother attended the West High School there. In 1955, the family again moved to Madison, Tennessee while the brothers went to Nashville, Tennessee to continue their studies. Soon, Don completed his high school graduation. Two years later, Phil completed his graduation from the Peabody Demonstration School in Nashville.

Don and Phil Everly landed a recording contract in 1957 soon after the high school graduation of the latter. Their record "Bye Bye Love" reached No. 2 on the Pop charts besides reaching No.1 on the Country and No. 5 on the R&B charts. Working together, Everly Brothers earned great success over the next few years with hits like "All I Have to Do Is Dream," "Wake Up Little Susie," "Problems" and "Bird Dog." Don tried his hand in songwriting and succeeded to some extent when his song "(Till) I Kissed You" hit no. 4 on the United States Pop charts. Previously also, Don wrote a song which was recorded by Kitty Wells.

In 1960, Everly brothers signed a contract with Warner Bros. Records with their first hit ‘Cathy’s Clown’ releasing in the same year from the stable of the entertainment giant. Written and Composed by Don and Phil Everly, the record sold a whopping eight million copies and went on to become their best selling record. Over the next decade, they continued to churn out a string of major hits both in the United States and the United Kingdom. Singles such as "So Sad (To Watch Good Love Go Bad)", "Walk Right Back", "Crying in the Rain", "That's Old Fashioned", "When Will I Be Loved" and "Like Strangers" were all among the top 10 hits on the United States Pop charts.

Likewise, "Lucille"/"So Sad," "Walk Right Back"/"Ebony Eyes," "Temptation," "Cryin' in the Rain" and "The Price of Love" were all ranked among the top 10 hits on the United Kingdom Pop charts. The brothers had produced an astonishing 18 singles with Warner Brothers during the 1960s, all of which at least featured on the UK top 40 charts. They earned a whopping $35 million from record sales by 1962. Around 1961, the brother duo created their record label in the name of ‘Calliope Records,’ specially for their solo projects.

In October 1961, Everly Brothers were enlisted in the United States Marine Corps Reserve and went on to perform a few shows in their respective Marine Corps uniforms. They recommenced their music career after their discharge from active duty. From 1963 until 1970, they produced 27 singles on behalf of Warner Bros. Out of these 27, only three were among the top 100, and their highest rank was 31.

The sale of records witnessed a sluggish trend. The period of gloom cast its shadow on their personal lives also. They took to amphetamines to counter their frustration and eventually got hooked on it. The condition of Don Everly was worse as he was using the more troublesome Ritalin. He had to be hospitalized for nervous breakdowns and for treating his addiction. It took him three valuable years to get rid of the addiction.

However, all was not well between the Everly Brothers. Don was already fighting with the problem of his substance abuse, struggling to contain the problem for years. In 1973, during a concert at a California stage, Phil suddenly withdrew himself paving the way for their separation. Don continued to follow a solo music career after the departure of Phil and found success with albums like ‘Sunset Towers’ (1974) and ‘Brother Jukebox’ (1977). They followed their separate paths until 1983.

On September 23, 1983, both Don Everly and Phil had a great reunion, when they jointly appeared for their reunion concert at the Royal Albert Hall in London ending their decade-long solo journey. They also came up with an album ‘EB '84’ jointly first time in a decade. The lead single of the album "On the Wings of a Nightingale" was a major success which featured on the top 10 adult contemporary. After the reunion, they continued to enjoy an excellent workable relation among themselves and produced many albums both by working together as well as working solo.

Don Everly married Mary Sue Ingraham on March 25, 1957. They had a child before their divorce on May 22, 1961. He married Venetia Stevenson on February 13, 1962. The couple was blessed with three children before their eventual divorce in 1970. Presently, Don is married to Adela Garza.

Don Everly lost his brother Phil in January 2014, who succumbed to the complications of the chronic obstructive pulmonary disease. Both the brothers were elected to the Rock and Roll Hall of Fame in 1986 and the Country Music Hall of Fame in 2001.