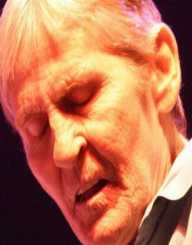 Levon Helm is an acclaimed musician known for being the drummer and one of the vocals of American music group The Band. He was called as one of the greatest voices in the country, rockabilly, and rock ' n' roll by famed singer Bruce Springsteen at a tribute concert held on Helm's behalf on May 2012 at Newark, New Jersey. He was inducted in the Rock and Roll Hall of Fame along with the rest of The Band members in 1994.

Levon Helm was romantically involved with Libby Titus who he met back in 1969. Titus worked as a singer and songwriter and gave birth to their daughter on December 3, 1970, named Amy. Despite the two being parents to Amy, Helm did not marry Titus and became involved in 1975 to Sandra Dodd. He married Dodd on September 7, 1981.

Born as Mark Lavon Helm on May 26, 1940, at Elaine, Arkansas, his parents shared a great love for music and encouraged their children to pursue the passion in it as well. He started learning how to play the guitar at the edge of 8 and got his instrument a year later. The young Helm often played with Linda, his sister. Besides learning the guitar, he also took up the drums and other musical instruments as well. He grew up influenced by a wide range of music from country, to blues, to RnB which gave birth to the genre of rock and roll.

Levon Helm started his musical career alongside his sister during high school and formed the Jungle Bush Beaters, a musical group influenced by rock music. By the age of 17, he was already a household persona in Helena’s clubs and bars, playing on a regular basis. He was invited by Ronnie Hawkins to play for his band while still in high school which led to his meeting with future bandmates.

Upon graduating from high school, he officially joined Hawkins band, The Hawks, in Canada in 1958. Along with Rick Danko, Robbie Robertson, Richard Manuel, and Garth Hudson, they were later known as Levon and the Hawks.

The group was later introduced to Bob Dylan in 1967 who invited them for his US tour as backing musicians.

The Formation of the Band

Bob Dylan suffered an accident while on the tour which led to a recovery period in his New York home. With Helm and the group still in his payroll, they also stayed in a house near his home, recording and composing songs in a pink house. From there, the birth of their debut album Music from Big Pink came to fruition. They released the album in 1968 that included the track The Weight which became one of the most famous songs from The Band with Helm and Danko singing vocals

The group was a commercial success and went on tour for a number of times. With the continuing rise to stardom, the group also suffered from an internal turmoil most especially with Helm and Robertson in regards to the song credits. They performed as a group for one last time in the Last Waltz, their last concert in 1976.

With The Band behind him, Levon Helm ventured into the film industry. He landed a role in the 1980 film entitled Coal Miner’s Daughter wherein he played as Loretta Lyn’s father. A few years after, he took on the persona of a US Air Force test pilot in the film The Right Stuff.

Helm also published an autobiography entitled This Wheel’s on Fire: Levon Helm and the Story of the Band which was released in 1993.

On music, he focused his attention in The Barn, located in Woodstock, NY and the Midnight Ramble in his home which mainly made up of musical performances with the Levon Helm Band. His daughter Amy is also part of the said band.

Levon Helm took his last breath on April 19, 2012, in New York City's Memorial Sloan-Kettering Cancer Center due to complications from throat cancer. Before his death, his wife and daughter announced on April 17 at his website his losing battle against the disease, two days before his death. He was 71 at the time, and his remains were buried at Woodstock Cemetery. Before his death, Helm made peace with fellow Band member Robbie Robertson after years of non-contact from their last feud.

Tom Petty & the Heartbreakers were performing on their concert in Broomfield, Colorado when Helm died. As a tribute, the group sang "The Best of Everything" on the said concert to pay tribute to Helm's passing. The same year in 2012, a tribute concert was held on New Jersey entitled Love for Levon wherein all proceeds from the concert went into the funding the Midnight Ramble Sessions and additional funds for the ownership of his barn studio and estate.