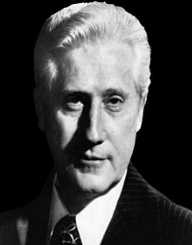 William Mark Felt was a special agent and Associate Director of the Federal Bureau of Investigation.

William Mark Felt was born in the city of Twin Falls, Idaho, on August 17, 1913. His mother’s name was Rose Dygert. His father, Mark Earl Felt, worked in construction and carpentry.

Felt studied at the Twin Falls High School. He then enrolled at the University of Idaho in Moscow, graduating in 1935 with a Bachelor of Arts degree. After that, he started his part-time studies at the George Washington University Law School. He received his degree in 1940.

After graduating from the University of Idaho, Felt moved to Washington D. C. He became a staff member for Senator James P. Pope. After getting his law degree, he was admitted to the District of Columbia Bar. He started working for the Federal Trade Commission. He quit very soon because he did not like the job.

Felt started working for the Federal Bureau of Investigation in 1942. He completed his training at the Quantico Academy. He was assigned to Texas, working for the offices in San Antonio and in Houston. He then returned to D. C., where he was assigned to the Espionage Section. He helped track down spies during World War II. After the war, he was transferred to Seattle. He spent a few years there, working as a firearms instructor, and doing background checks on nuclear plant workers. After that, he held the rank of Assistant Special Agent-in-Charge at the field offices in New Orleans and Los Angeles. He then started investigating organized crime in Salt Lake City and Kansas City.

Felt returned to D. C. in 1962, where he helped with the FBI Academy. In 1964, he became the Assistant Director of the Bureau and the Head of the Inspection Division. In 1972, he was promoted to Associate Director – the second highest position in the FBI. During the Watergate scandal, he started giving secret information to the reporter Bob Woodward. He became known under the nickname ‘Deep Throat’, but his real identity was hidden from the public. Some people, including President Nixon, suspected he was an informant. The Director of the FBI, William Ruckelshaus, confronted him about it. Felt decided to resign the next day.

Before leaving the Bureau, Felt worked on Operation COINTELPRO. During this time, the FBI infiltrated political movements and spied on certain citizens. Felt gave the agents an order to search several homes without a warrant. He was put on trial for breaking the U. S. constitutional rights and he was convicted in 1980. President Ronald Reagan pardoned him the following year.

During his time at university, Felt met a woman named Audrey Robinson. They got married in 1938. They had a son named Mark and a daughter named Joan.

Felt spent a big part of his later living with his daughter and grandsons. He wrote a memoir, called The FBI Pyramid: From the Inside. In 2005, he finally publicly revealed that he was Deep Throat.