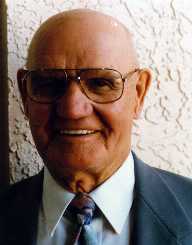 The civil rights activist, James Farmer, led Congress of Racial Equality movement to push for non-violence demonstrations against segregation in the US. Farmer worked closely with Martin Luther King Jr.

James Leonard Farmer Jr. was born in Texas, Marshall on 12th January 1920. Both his parents were educators. Farmer‘s father was a professor and his mother a teacher.

Young Farmer was a bright student skipping various grades. He had the first experience of segregation at a young age. At one point his mother denied him a coca cola drink because of his skin color.

At 14, James Farmer joined Wiley College a black students college. He was an active member of the debating club in college. His outstanding eloquence and storytelling skills would later build Farmer’s career.

Together with a group of young people, Farmer was invited to the White House for a talk with President Franklin D. Roosevelt.

After his college, James Farmer worked at Fellowship of Reconciliation. It is during this time when Farmer began thinking of how racism and segregation would come to an end in the US.

He later joined Student League for Industrial Democracy where he served in the capacity of national secretary of the organization.

In 1945, James Farmer married Winnie Christie. The two however divorced after his wife found a love note from a girl in his coat. Winnie later miscarried Farmer’s child.

He later married Lula A Peterson. His wife was advised not to get pregnant because of her condition. Despite the warning, the couple went on to have two children together.

Together with a group of friends with similar agenda, James Farmer formed Congress of Racial Equality. Farmer later took over as the chairperson of the CORE.

Under his rule, CORE made headlines for several of its rulings. Despite being black, his influence in American politics snowballed. He joined the ranks of leaders such as Roy Wilkins and Luther King Jr.

James Farmer was dynamic in the formation of Freedom Rides. The organization comprised of all races. Its purpose was finishing segregation in the transport industry. He later faced a jail term for his leadership in the organization. In 1964, some of its members died in Mississippi.

Farmer relinquished his duties in the CORE in the mid-1960s. Six years after his retirement, he published a book Freedom outlining his activism journey.

James Farmer had a short teaching stint in Lincoln University bore trying his lack in politics. Farmer unsuccessfully ran for Congress under the Republican Party.

President Richard Nixon appointed him to his administration, but he later resigned citing frustration as the reason for his resignation.

In 2011, Bill Clinton awarded James Farmer the Presidential Medal of Freedom. A documentary highlighting his work titled Freedom Riders was produced in 2011.

James Farmer died of diabetes on 9th July 1999 after a long battle with the disease.