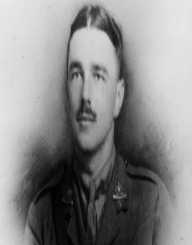 Wilfred Owen was an English poet who served in the World War I. Contrary to many of the other famous war poets of the time who glorified war, Owen focused on the death and destruction war brought. His poems have a theme depicting the torture and horrors of the World War. A poet of extraordinary calibre, most of his poems were brought into the light after his death in 1918 in France.

Wilfred Owen was born as Wilfred Edward Salter Owen on March 18, 1893. His birthplace is Oswestry, Shropshire. He was the eldest child of Thomas Owen & Harriet Susan. Owen had three siblings – two brothers Harold and Colin and a sister Mary.

Wilfred Owen's schooling was done at Birkensburg and Shrewsberry. From an early age, he was a fan of romantic poets like Keats and Shelley. He discovered his talent for poetry at an early age of 10 and began writing romantic poems initially.

Wilfred Owen was a pupil-teacher at the Wyle Cop School in Shrewsberry. He attended the University College of Reading where he studied botany and old English.

Only a few years after Wilfred Owen's formal education ended, the World War I broke out. He did not join the war right away. Instead, he worked as an assistant to the Vicar of Dunsden near Reading. He enlisted in 2015 for war service and joined the Artists’ Rifles Officers’ Training Corps. He received his war training at the Hare Hall Camp.

Wilfred Owen was the second Lieutenant of the Manchester Regiment. Once he was hit by a trench mortar and had to be taken to the Craiglockhart Hospital, Edinburgh. There he met the poet, Siegfried Sassoon who had a significant influence on Owen’s themes. Owen turned his poetic talents towards writing about the difficulties and harsh conditions for war rather than romantic poetry.

Some of Wilfred Owen's best works during the period include Dulce et Decorum Est, Anthem for Doomed Youth, Insensibility, and Strange meeting.

Unfortunately, the world did not witness Wilfred Owen's literary exploits for long. His incredible writing talents were sacrificed to the war, when, on November 4, 1918, he was shot and killed in France. They were trying to cross the Sambre - Oise Canal. His death in the line of duty is tragic as the war ended only a week later. He was just 25.

For his bravery in the Joncourt village where Wilfred Owen led the Second Manchester soldiers to storm enemy strong points, he was awarded the Military Cross for Courage. The award was gazetted in 1919, after his death.

Wilfred Owen lived in a period where homosexuality was viewed upon as a punishable offence. Regardless, his close friends have stated that Owen was homosexual. His relationship with the Scottish writer C.K.Scott Moncrieff is often considered to be of sexual nature.

Owen also had a very close friendship with poet Siegfried Sassoon, although, there is no evidence that they were romantically attached.