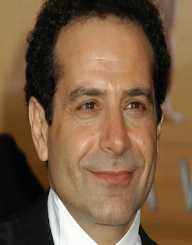 Tony Shalhoub was born 9th October 1953, to Joe and Helen Shalhoub. He was born in Green Bay, Wisconsin, United States. Shalhoub comes from a large family with nine siblings.

Tony Shalhoub studied at Green Bay East High School, followed by the University of Southern Maine where he was awarded a bachelor’s degree in drama. Shalhoub then went to Yale School of Drama, where Shalhoub graduated with his master’s degree in 1980.

During his school years, Shalhoub was performing in his school productions, and he fell in love with the theater.

Tony Shalhoub moved to Cambridge in Massachusetts, where he joined the American Repertory Theater. He was with them for four seasons, and he then moved to New York City. When he arrived in New York City, Shalhoub took work as a waiter while he auditioned for available roles.

His Broadway debut was in 1985, in a production of The Odd Couple. Shalhoub was in six productions over the following four years, and at the same time, he started acting in movies and making appearances on different television series.

In 1991, Shalhoub won the role of Antonio Scarpacci, in a television series called Wings. Shalhoub was in the show until 1997, acting in 144 episodes. During this same period, he was in nine different movies and two stage productions.

Between 1998 and 2002, Shalhoub continued to work steadily, appearing in 15 movies, and making guest appearances on five television series.

In 2002, Shalhoub won the lead role in the television series called Monk. There were 125 episodes in all, finishing in 2009/

Shalhoub has also performed in 34 stage productions from 1980 through to 2017.

Shalhoub is also a producer, making two short films, and producing the 125 episodes of Monk.

Between 1992 and 2018, Tony Shalhoub was nominated for 34 awards, and he has won nine of them. His wins include one Golden Globe, three Screen Actors Guild Awards, three Prime Time Emmys, and one Tony Award.

In 1992, Tony Shalhoub married Brooke Adams, a fellow actor. They met on set and worked together on several occasions. Adams had an adopted daughter, and the couple adopted a second daughter in 1994.