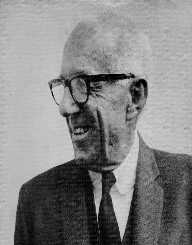 Benjamin Spock was an American pediatrician and is best known for his book, Baby and Child Care.

Benjamin Spock was born in New Haven, Connecticut on 2 May 1903. Spock attended Yale and studied literature and history. While there Spock joined the rowing team and was so successful he made the U.S.A eight-man rowing team. Spock was part of the team that won the gold medal at the 1924 Olympics. Spock then went to study medicine, first at Yale and then at Columbia University. Spock graduated at the top of his class in 1929. Spock then began work as a pediatrician and also lectured on the subject at Cornell University. In 1943 he began working on his first book. Spock served with the Navy as a medical officer but continued to work on his book.

Spock’s book was published in 1946; it was titled The Common Sense Book of Baby and Child Care. The book became a bestseller and was hugely influential on the popular views of parenthood. Spock’s views went against the prevalent theory of behaviorism which discouraged being affectionate with a child or consoling them when they cry. Spock advocated recognizing each child was an individual and that mothers were more knowledgeable about the needs of their children than they thought. In the seventh edition of the book, Spock began advocating veganism for children as young as two after he had switched to a vegan diet. Spock also wrote on aging in his autobiography, Spock on Spock. Spock on Spock detailed his struggles and efforts to delay the aging process. Spock on Vietnam highlighted Spock’s political activism and was very controversial.

Some of Spock’s methods and views have attracted controversies over the years. In Baby and Child Care Spock advocated that parents place their children on their abdomens to sleep to lower the risk of the child choking on vomit in the night. However, studies in the 1970s found that this greatly increased the risk of Sudden Infant Death Syndrome. Spock’s theory was found to be based on no empirical evidence and could have indirectly led to the deaths of many infants. Spock also advocated male circumcision in his early career, but later changed his views in the 1980s. Spock’s condemnation of the Vietnam War saw the sales of his book plummet in 1968.

Benjamin Spock was an outspoken critic of the Vietnam War and nuclear weapons. In 1968, he was convicted of aiding and abetting resistance to the military draft. He was sentenced to two years in prison, but this was overturned on appeal. Spock ran as Martin Luther King’s vice presidential nominee in the U.S presidential election. Spock ran as the People’s Party nomination for president in 1972. Spock was also arrested for praying on the White House Lawn.

Benjamin Spock was married twice. He married his first wife, Jane Cheney, in 1927. Together they had two sons, Michael and John. Spock and Cheney divorced in 1976. Spock then remarried in 1976. His second wife Mary Morgan was forty years his junior. Spock died on 15 March 1998 in California.