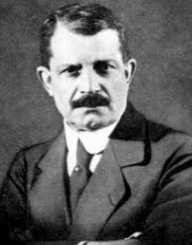 Leon Gaumont was born on May 10, 1864. He was a French inventor and engineer. He was also an industrialist. He is known as the pioneer of the motion picture industry. He died on August 9, 1946, at the age of eighty two.

Leon Gaumont was born on May 10, 1864, in Semblancay, France. He was also brought up in France. He grew up with interest in mechanical things. He developed a keen interest in photography while growing up. In 1893, he was hired at the Comptoir General de Photographie. The job he got fascinated him, and it made him love photography even more.

In 1895, he was asked to acquire the business of the company which he worked for, and he accepted. He became partners with Joseph Vallot who was an astronomer, Gustave Eiffel who was an engineer and Alfred Besnier who was a financier. The company was known as L. Gaumont et Cie. The company established several studios in Paris and Nice in France.

The company majorly was in the business of selling camera equipment and film. In 1897, the company ventured into motion picture production. Leon Gaumont later started making short films with the help of Alice Guy who was his secretary. Alice was also the first woman to become a film director. The movies they made were mostly based on narrative scripts. Leon Gaumont later expanded the company’s mandate to cinematographic equipment which was primarily meant for amateurs.

In 1903, Leon Gaumont received patents for his Chronophonographe and loudspeaker system. In 1906, he founded The Establissements Gaumont. The company was established to deal with the production and distribution of films. In 1912, he invented a color process for the films that he made. World War I affected his business to some extent, but by 1930 he was back on his feet. In 1930, he retired from the film industry.

Leon Gaumont died on August 9, 1946, in Sainte-Maxine in France at the age of eighty two. His remains were buried in the Cimetiere de Belleville in Paris, France.