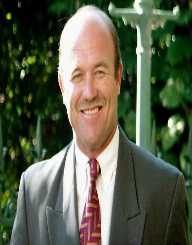 Wally Lewis was educated at the Brisbane State High School.

Wally Lewis’ father James Lewis had played first-grade rugby league and later became the coach at  Wynnum-Manly. His mother June played representative sport as a netball player for Queensland. Lewis started playing rugby league as a young boy, and he was a member of the Queensland school teams. He was selected as a member of the Australian schoolboy's rugby union team in 1977.

The team was successful that came home undefeated from their tour of Britain, Europe, and Japan. In his first season as a grade league player, he played for Valleys and won the Brisbane Colt of the Year Award when his team made it to the Grand Final. The following year, he played at the state level.

Wally Lewis’s first interstate match for Queensland was against NSW in 1979 when he was called on as a replacement.  The same year, the Valleys had a 26-0 win over Souths at Suncorp Stadium (formerly Lang Park).

In 1980, Lewis was selected as a lock forward in the Inaugural State of Origin game. Queensland new coach, Beetson, appointed Lewis five-eighth. In 1981, Lewis made it into the Australian side and played two games against France. Lewis then captained Queensland for a one-off Origin game and played so well that his team came from being 15-0 behind to beat the Maroons 22-15.

The 1982 State of Origin was played against NSW and Lewis was instrumental in winning the game. He started using his long passes and became known for his 50m kicks. In 1982, he was selected to play against New Zealand and at the end of the season, was made vice-captain for the European tour to England and France.

Wally Lewis was not chosen to play in the Tests against Great Britain. He was called off the reserve bench and impressed with his skills; starting to show a new dimension to the way that rugby league could be played. Lewis won back his five-eighth position in the Australian team in 1983 and played as five-eighth until his retirement in 1991.

Wally Lewis continued his spectacular form throughout his career. In 1991 he announced his retirement from the game. His daughter had been diagnosed as being deaf, and Lewis intended spending more time with his family.

Wally Lewis was inducted into the Sports Australia Hall of Fame (1987) and then designated to the Legend of Australian Sport (2016). He was made a Member of the Order of Australia in 1987 for his contribution towards rugby league.

Lewis played thirty-three tests for the Australian Kangaroos (1981-1991) he was captain from 1984 until his retirement.

Wally Lewis married Jackie in 1982, and they have three children: Mitchell, Lincoln, and Jaime-Lee.  Lincoln is an actor and Mitchell a radio presenter. Jaime-Lee was born deaf, and her condition contributed towards his decision to retire from rugby league in 1982.

Lewis wrote an autobiography which was published in 2009 entitled Out of the Shadows: A Champion’s Return to the Spotlight.

It was announced in 2007 that Wally Lewis has epilepsy. He later underwent a successful operation. He also had an emergency gallbladder operation in 2010.

Wally Lewis has had a successful career as a sports presenter in Australia.

Charities Wally Lewis works with include the Hear and Say Centre. Lewis is also involved in raising epilepsy awareness in Australia and has written a book about his diagnosis in 1985.