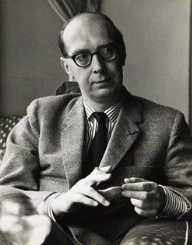 Phillip Larkin was born on August 9, 1922. He was an English poet. He was a man who did not love fame, and hence he never wanted to be attached to the public. His works include ‘The Whitsun Wedding,’ ‘High Windows,’ ‘A Girl in Winter,’ ‘The Less Deceived’ and ‘The North Ship’ among others.

Phillip Larkin was born on August 9, 1992, in Radford,Coventry, England. He was born to Sydney Larkin and Eva Emily Day. He was brought up alongside his sister, Caroline. When he was five years old, his family moved to a house which was in Manor Road, not far away from Coventry. He received his education from home until he was eight years old. He was taught by his mother and sister. He later joined the Coventry’s King Henry VIII Junior School. At the school, he made friends such as Collin Gunner and James Sutton among others. In 1940, he joined Oxford University. In 1943, he graduated from the university with a first class honors Degree.

In 1943, Phillip Larkin got a job as a librarian of the public library in Wellington. In 1946, he was appointed as assistant librarian at University College, Leicester. In 1948, he lost his father to cancer. In 1950, he was made a sub-librarian at Queen’s University Belfast. Five years later he was appointed as a librarian at the University of Hull where he worked for the rest of his life. In 1970, he worked on compiling a new anthology titled ‘The Oxford Book of Twentieth Century English Verse.’ In 1973, he became an honorary fellow of St. John’s College in Oxford.

While Phillip Larkin was studying at Oxford University, he published his first poem ‘Ultimatum.’ He also wrote two novellas titled ‘Michaelmas Term at St. Brides’ and ‘Trouble at Willow Gables.’ In 1945, he published the collection of poems titled ‘The North Ship.’ In 1946, he published his first novel known as ‘Jill.’ In 1947, his second novel ‘A Girl in Winter’ was published. In 1951, he made a collection of poems titled ‘XX Poems’ which was printed privately in only one hundred copies. In 1955, he published ‘The Less Deceived.’ He also wrote poems such as ‘Here,’ ‘The Whitsun Weddings’ and ‘An Arundel Tomb.’ He works in the 1970s included ‘Audabe,’ ‘The Explosion,’ ‘The Old Fools,’ ‘This Be the Verse’ and ‘Annus Mirabilis’ among so many other poems that are attributed to him.

Phillip Larkin was awarded honorary degrees by Warwick, St. Andrews and Susses Universities. He was also granted a Fellowship of the Royal Society of Literature.

Phillip Larkin died on December 2, 1985, of cancer. He died at the age of sixty three. He was buried at the Cottingham Municipal Cemetery near Hull. He was an established poet though he did not love fame. His works are highly appreciated and used to date. He is among the poets who are highly acknowledged for their contributions in literature and poetry.