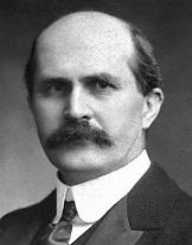 Francis William Aston was born on September 1, 1877. He was a British scientist. In 1922, he won the Nobel Prize in Chemistry. He was trained as a chemist, but he began his career as a physicist He was born on September 1, 1877, in Harborne, Birmingham in the United Kingdom. He was born to William and Fanny Charlotte Hollis. He was brought up alongside six siblings. He attended Harborne Vicarage School. He later joined Malvern College which was a boarding school in Worcestershire. He began developing an interest in science at the school.

Francis William Aston loved physics, mathematics, and chemistry. In 1893, he joined Mason College, Birmingham where he studied physics under John Henry Poynting. He studied chemistry under Percy Frankland and William Tilden. In 1896, he graduated from the college. He established a private laboratory at his father’s house where he began working on organic chemistry. In 1898, he won a Foster Scholarship and began working on optical properties of tartaric acid derivatives under Percy Frankland. In 1901, the paper on the work on optical properties of tartaric acid derivatives was published. In 1900, he left academics and began working as a fermentation chemist at W. Butler and Company Brewery, Wolverhampton. He started developing an interest in physics after the discovery of X-ray.

In 1903, Francis William Aston won a scholarship that saw him return to Mason College he began working as an associate of Poyting. At Mason College, he passed an electric current through a gas filled tube and started to investigate the properties of Crookes Dark Space. He discovered ‘Aston’s Dark Space’ which refers to dark space between the cathode surface and the cathode glow. In 1908, his father died and left him a sizeable inheritance. He went on a trip around the world after he was given his inheritance.

In 1909, Francis William Aston became a lecturer in the University of Birmingham. In the same year, he was invited by J. J. Thompson to be his assistant at the Cavendish Laboratory at Cambridge. At the laboratory, he worked on positive rays produced at low pressure in electric discharge tubes. When World War I began, he was employed at the Royal Aircraft Establishment at Farnborough. During the time that the war continued, he worked on the effect of the atmosphere on the synthetic coatings of the airplanes.

In 1919, Francis William Aston returned to Cavendish Laboratory where he constructed the Mass Spectrograph which was a positive ray apparatus. With the apparatus, he discovered two distinct isotopes in neon. He later discovered isotopes of hydrogen ad chlorine. He formulated his Whole Number Rule which states that the mass of the oxygen isotope being defined, all the other isotopes have masses that are very nearly whole numbers. His rule was used in the development of atomic energy. He continued his research work at Trinity College until his death.

Francis William Aston never got married as he dedicated his life to research. He however lived a social life as he was a golfer. He also loved swimming and playing tennis. He enjoyed sports such as rock climbing, skiing and skating among other sports. He also loved travelling and listening to music. He died in November 20, 1945, at Cambridge. He died at the age of sixty eight.