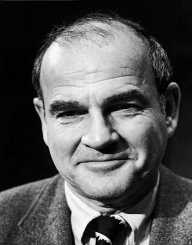 Medical research Daniel Carleton Gajdusek was born on the 9th September 1923 in Yonkers New York. He showed an early aptitude for science and was encouraged by an aunt who worked at the Boyce Thompson Institute for Plant Research. When Gajdusek was in his early teens he worked with the chemist John Arthur and one of the chemicals he worked with became known as 2,4-D, the weed killer, one of the ingredients used in Agent Orange.

After his high school, Daniel Carleton Gajdusek enrolled at the University of Rochester graduating in 1943. He then studied medicine Harvard Medical School, graduating in 1946. After medical school, he researched at the Californian Institute of Technology working under Linus Pauling and Max Delbruck and at Harvard under John Enders, all three were to become Nobel laureates.

Gajdusek was drafted into the US Army in 1951 and worked as a virologist at the Walter Reed Medical Service Graduate School. Gajdusek was involved in discovering that migrating birds caused hemorrhagic fever that was killing US soldiers in South Korea. He later worked at the Institut Pasteur in Tehran, Iran researching arbovirus infections, scurvy, plague, and rabies. Around this time he became interested in rare diseases.

Daniel Carleton Gajdusek did postdoctoral work, at the Walter and Eliza Hall Institute of Medical Research in Australia working under Sir Macfarlane Burnet who sent him to Papua New Guinea where he was introduced to Dr. Vincent Zigas, a medical officer working in a remote part of the country. Zigaz described a mystery disease the local people referred to as kuru. The disease was neither infectious nor hereditary, and Gajdusek was the first to identify the cause. It was spread by a tribal funerary ritual whereby females and children ate the brains of the deceased. Gajdusek published his findings in the New England Journal of Medicine (1957). Due to his work, the ritual was outlawed, and no further cases were reported.

Gajdusek won the 1976 Nobel Prize in Medicine for his work identifying kuru disease and its cause.

Daniel Carleton Gajdusek adopted fifty-six boys from Papua New Guinea and educated them by sending them to university at his own cost. In 1996, one of his adopted sons went to the police and reported that he had been abused. The FBI then recorded a phone call between Gajdusek and the young man whereby Gajdusek admitted he was a pedophile. Other boys confirmed the accusation. The boy who laid the charge went home to New Guinea, and Gajdusek entered into a plea bargain and was sentenced to 18 months in jail. Upon his release, he left for Europe and did not return to the USA.

Daniel Carleton Gajdusek died in Norway on the 2 December 2008.