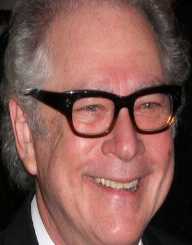 Barry Levinson was born on 6th April 1942, to Irvin and Violet Levinson. He was born in Baltimore, Maryland, in the United States. Barry Levinson studied at Forest Park High School in Baltimore, and he graduated in 1960. He then went to American University in Washington, D.C.

Barry Levinson moved to Los Angeles and began working in the entertainment industry. As well as working, he studied acting, improvisation and production. During the same period, Barry Levinson also learnt how to write by working in comedy clubs.

In 1967, he landed a job writing for a television comedy show. As time passed, he also performed his material on the same show. From there, Barry Levinson began writing for The Carol Burnett Show in the early 1970s. He was then offered work by Mel Brooks. He both wrote and acted in Silent Movie (1976), followed by High Anxiety (1977). Barry Levinson wrote the movie Diner which was released in 1982 by MGM, and he directed it as well.

He also has a television production company called The Levinson/Fontana Company, which he established in conjunction with Tom Fantana. In 2003, Barry Levinson published Sixty-Six, his first novel. Between 1975 and 2018 Barry Levinson was involved in over 50 movies. His involvement was either as director, producer, writer, or actor. In six of the movies he was director, writer, and producer, and in 12 of the movies, he was director and producer.

Barry Levinson has won numerous awards and honors, including the following:

2010:   Awarded the Laurel Award for Screenwriting Achievement by the Writers Guild of America

In 1975, Barry Levinson married Valerie Curtin, a writer. The couple divorced in 1982.

He has two sons, Sam and Jack, both involved in the film industry. Sam is a writer, director, and actor, and Jack is an actor.