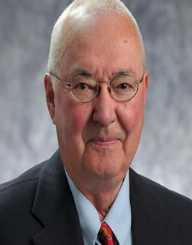 Thomas Merton was born on January 31, 1915. He was an American Catholic author and theologian. He was known for his classic works such as ‘Zen and the Birds of Appetite’ and ‘The Seven Storey Mountain.’ He was an outstanding author, and he has up to seventy books credited. He was also a very religious person who devoted most of his life to poetry, a collection of letters and peace and justice among other things. He died on December 10, 1968.

Thomas Merton was born on January 31, 1915, in Prades, France. He was born to Owen Merton who was a painter and Ruth Jenkins who was an artist. Thomas was baptized in the Church of England. In 1915, his family moved to the United States following the eruption of World War I. They lived in Douglaston, New York. In 1918, Merton’s younger brother, John Paul was born. A moment came when his family wanted to move back to France, but his mother was diagnosed with stomach cancer. His mother succumbed to the disease on October 21, 1921, in Bellevue Hospital, New York.

Thomas Merton was affected by his mother’s death, and even when his father moved to Bermuda, he was not okay. His father has an affair with novelist Evelyn Scott whom he did not even marry. Evelyn abused him when he was young, and so he disliked her so much. In 1923, he went back to New York to live with his relatives and his younger brother. His father, on the other hand, went on to England. He, later on, travelled to Algeria where news of his illness reached his family. His father succumbed to a tumor in his brain later on in his life.

Thomas Merton went ahead to live with his father in London, and he was so intrigued with his artistic display. Owen broke his relationship with Evelyn to be with his son because he had seen that Thomas’s relationship with Evelyn would not grow to be a pleasant relationship. In 1926, he was enrolled in the boy’s boarding school, Lycee Ingres in Montauban. He did not adjust to the school as quickly as he was depressed by the fact that his father was always away.

While in school Thomas Merton wrote two novels and formed a writers group. He became so interested in Catholic beliefs and ideas while he was in school. In 1928, he was taken out of Lycee, and he joined his father in England. At England, he attended the Ripley Court Preparatory School in Surrey. This school was also a boarding school. He became an excellent student in school as his father was around.

In 1930, Thomas Merton enrolled in Oakham School in Rutland, England. The school was also a boarding school like the other two that he has attended before. In 1931, his father Owen died leaving him a guardian (Tom Bernett who was his father’s physician and former classmate). At Oakham School, he became the joint editor of the school magazine titled ‘Oakhamian.’ In 1932, he cleared his entrance exam for Clare College, Cambridge and travelled to Rome. During his stay in Rome, he became very religious and was so attached to churches. He would visit different churches now and then. His visits to churches led him to write the book ‘The Seven Storey Mountain.’

In 1933, Thomas Merton travelled to the United States where he visited his grandparents in New York. During summer he returned to England after he had enrolled at Clare College. He joined Clare College as an undergraduate where he met so many of his classmates. In 1934, he completed his exams and left Cambridge. In 1935, he joined Columbia University in Manhattan and left the school after he received news that he grandfather had died.

In 1938, Thomas Merton graduated from Columbia University with a B.A in English. He was so attached to the Catholic faith. In 1939, he received an M.A in English from Columbia University. In the same year, he received confirmation at Corpus Christi, a church that he attended, and took the confirmation name, James. After school, he wanted to become a priest, and so he followed his quest and moved to Gethsemane. His brother died in 1943 when he was serving for the military. He mentioned his brother in the poem ‘The Seven Storey Mountain.’

Thomas Merton read books a lot, and he was so determined that he owned so many journals. In 1943, he was assigned the work of translating religious texts and writing of biographies on the saints for the monastery that he was in. In 1944, his manuscript titled ‘Thirty Poems’ was published at New York Directions. In 1946, his second poetry collection ‘A Man in the Divided Sea’ was published which brought a lot of recognition for Thomas. In the same year ‘The Seven Storey Mountain’ was published. He then became very comfortable with his writing career. Thomas went ahead to publish more articles for the monastery such as ‘Figures for an Apocalypse,’ ‘The Spirit of Simplicity’ and ‘Cistercian Contemplatives’ among other publications.