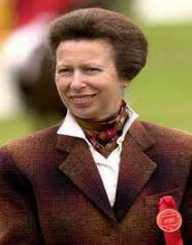 Princess Anne, the second child and only daughter of Queen Elizabeth II and Prince Philip, was born on August 15, 1950, in Clarence House, Westminster, London, United Kingdom. At the time of her birth, her maternal grandfather George VI was the reigning King of the United Kingdom. Queen Elizabeth II ascended the British throne in 1952 after the demise of her father George VI.

While Anne was third in the line of succession to the British throne at the time of her birth, she occupied the second position after her mother’s accession. She continued to remain in the second position until the birth of Prince Andrew in 1960. However, with the ever-changing equation in the British Royal family, she continued to descend in the line of succession. At present (as of May 2019) she is at the 14th position.

Princess Anne is the first member of the British royal family who had the privilege of participating in the Olympic Games. She was a champion in equestrian events having won one gold and two silver medals in the 1971 and 1975 European Eventing Championships respectively. She also participated in the 1976 Montreal Olympics as a member of the British equestrian team. Besides her sporting activity, she is also known for her charitable work. She sponsors around 200 philanthropic organizations.

During her childhood, Princess Anne's governess Catherine Peebles home-schooled her. In 1963, she went to attend Benenden School, the independent boarding school for girls situated in Kent, England. In 1968, she earned her high school graduation with six GCE-O-Levels and two A-levels. She started dating soon afterward and met her first boyfriend, Andrew Parker Bowles in 1970.


PUBLIC APPEARANCES AS BRITISH ROYAL AND HER SPORTING CAREER

As a member of the British Royal family, Princess Anne made her first public appearance in 1969 when she inaugurated a center in Shropshire imparting education and training. She also went for her first royal trip to Austria in the same year accompanying her parents. She became the first royal family member to visit the Soviet Union in the year 1990.

As an accomplished horsewoman, she represented the British equestrian team in many competitions including the 1976 Montreal Olympics. In 1972, she became the European Cross Country Champion. She also won a gold medal and two silver medals in the 1971 and 1975 European Eventing Championship respectively. A well-known philanthropist, she supported around 200 charitable organizations and assisted in overseas relief work. She became the President of the British Olympic Association in 1988. She has also served the International Olympic Committee as a member since then.

Princess Anne married Lieutenant Mark Phillips on November 14, 1973. She has met him for the first time at a party organized by the horse enthusiasts in 1968. The marriage ceremony was a gala extravaganza which was televised around the world and was viewed by approximately 100 million people.

On March 20, 1974, she survived a kidnapping attempt by a person called Ian Ball. The incident took place when both Princess Anne and Mark Phillips were returning from a charity event on Pall Mall. In an attempt to save the Princess, four persons were injured, including her security, driver and two passersby, a tabloid journalist and a boxer. All four survived and were suitably rewarded afterward for their bravery including the highest peacetime gallantry award, George Cross to Inspector James Beaton, her security guard. The police finally arrested the kidnapper.

Princess Anne and Mark Phillips together have two children. They divorced in April 23, 1992, on the ground of marital discord and strain. Prior to their divorce, both husband and wife began enjoying the company of some other persons in their life and became romantically involved. After their divorce, Princess Anne married Timothy Laurence, a commander of the Royal Navy, on December 12, 1992.

She has held the title of Princess Royal since 1987. The oldest daughter of the British King carries this title traditionally and holds it for life. She is also the Admiral and Chief Commandant of Women in the Royal Navy, a position she has held since 2012.