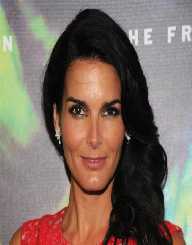 Angie Harmon is an internationally famous model turned actress from America. She has played roles in the Baywatch Nights series, Law & Order and Rizzoli & Isles. Harmon started her career as a child model and had achieved great success in both modeling and acting.

Angie Harmon was born on August 10, 1972. Her birthplace is Dallas, Texas. Her star sign is Leo, and her full name is Angela Michelle Harmon. Her parents were models, and young Angie started modeling at a very young age.

As a baby, she appeared in the info episode How to give your Baby a Bath. After that, she became a regular child model for the TV. At 15 years of age, she was featured on the cover spot of the Seventeen magazine beating 63,000 other contestants.

Harmon’s modeling career began right after graduating. She was crowned the winner of the Spectrum Model Search and worked as a model for major brands like Calvin Klein, Giorgio Armani. She also appeared on the covers of famous magazines like Cosmopolitan and Esquire.

While on a plane she met producer David Hasselhoff who was impressed by her acting talents. He offered her a role in Baywatch Nights – a detective series. And thus her acting career began as a female detective.

Angie Harmon got an opportunity to play a similar role in the ABC drama C-16. The show was canceled after its first season, however. Harmon began her film career with Lawn Dogs in 1997. Although she has appeared in a few movies, she gained more success as a TV actress. In 1998, she began playing the ADA Abbie Carmichel in Law & Order. Her run with the franchise continued till 2001.

Then after a long period of professional struggle with canceled TV shows like Inconceivable she was cast as Detective Jan Rizzoli in Rizzoli & Isles – a crime series. Angie Harmon performance on the series has received wide praise, and she continues to amaze the viewers of the series with her partner Sasha Alexander who plays the medical examiner Maura Isles.

In her acting career, Angie Harmon has received four Screen Actors Guild Awards nominations from 1999 to 2002. Angie Harmon first major win came in 2012 when she won the Gracie Award for Outstanding female actor in a leading role for Rizzoli & Isles. She also won the People’s Choice Award for Favorite Cable TV actress.

Angie Harmon was married to Jason Sehorn – a former New York Giants footballer. They tied the knot in 2001 after Sehorn proposed to her when she was on The Tonight Show with Jay Leno.

They produced three daughters – Avery Grace, Finley Faith & Emery Hope. Angie Harmon fondly calls them The Hornettes. She and Jason separated in 2014. The divorce was finalized in 2016. Angie Harmon is religious and follows Christianity.