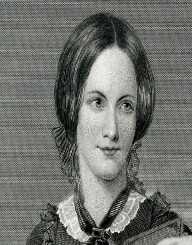 Emily Jane Bronte was born on the 30th July 1818 in Thornton, Yorkshire, England. Bronte’s father was Patrick Bronte (1777-1861) an Irishman who was a curate. Emily’s mother was Maria Branwell (1873-1821). Bramwell was born in Penzance, Cornwall and came from a family of wealthy merchants.

Patrick Bronte was sent to be the curate in Thornton, and it was here that Emily, Charlotte, Patrick Branwell and Anne were born. Later, Patrick Bronte became the rector of Haworth. Maria Branwell Bronte died in 1821, and from then on the children led a lonely existence in the rectory at Haworth, becoming very dependent on each other.

The Bronte children were homeschooled, apart from one year when Charlotte and Emily went to the Clergy Daughters School, at Cowan Bridge in Lancashire. Later Charlotte got a teaching job at Roe Head. Emily joined her as a pupil but it did not work out, and she returned home in a few months. In 1938, Emily started teaching but found the work too hard on her health and resigned.

Charlotte and Emily intended setting up a school for girls in Haworth. To this end, in 1842, they went to Brussels to learn school management at the Pension Heger. Emily again was unable to settle and once more returned home. This time, she stayed at Haworth until her death.

The three sisters all had a poetic nature, and in 1846, they published their poems under the pseudonyms of Currer, Ellis and Acton Bell. The book of poems only sold two copies. Emily used the pseudonym Ellis Bell.

By 1847, Emily Bronte had written her masterpiece, Wuthering Heights. Her sister Anne Bronte had written Agnes Grey, and both books were accepted for publication by J Cautley Newby of London.  Charlotte meanwhile was writing her masterpiece, Jane Eyre. When the books were published, critics savaged Wuthering Heights; while Jane Eyre was deemed a success.

Wuthering Heights confused critics because of its intensity, structure and emotional strength. Initially, it was assumed that Ellis Bell was a man and it was only in 1850, after Bronte’s death, that the name of the author was revealed. Bronte’s genius went unrecognized and unappreciated in her lifetime. Today, Wuthering Heights is regarded as one of the classics of English Literature.

A poet and a writer, Emily Bronte produced one novel, the classic Wuthering Heights.

Emily Bronte was a shy, introverted girl who had few friends outside of her family. She was close to her sisters, Charlotte and Anne as well as their brother Branwell Bronte.

Emily Bronte’s health had been weak for awhile before she succumbed to tuberculosis in December 1848. She was thirty years old.  Bronte is buried beside other family members at the Haworth parsonage.

The Bronte family were Church of England.

Her health was delicate for most of her life, and Emily Bronte eventually died of tuberculosis.