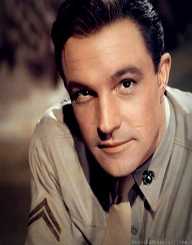 Gene Kelly was born on August 23rd, 1912. His place of birth was in Pittsburgh, Pennsylvania. Kelly had a unique talent that would later transform the film music industry for ages to come. He was also known to be a skilled singer, director, and a producer. His athletic and energetic dancing is what made most people admire him. With just his body movements, he could tell a visual story. Throughout his film career, one of Kelly’s most remarkable performances was in Singin' in the Rain. Some critics would argue that this was one of the best dance films of the golden age.

Gene Kelly was born Eugene Curran Kelly on August 23rd, 1912. He was the third born son of James Patrick Joseph Kelly and Harriet Catherine Curran. His father worked as a phonograph salesman. Kelly began taking dance classes at the tender age of eight years. His mother pushed for this to happen as she ensured Kelly and his brother enrolled for the lessons.

During his mid-teens, Kelly went to Peabody High School where he graduated and later joined Pennsylvania State College. Here, he had a goal of studying journalism. Moments later, there was a crash which required him to work as it was the only way of helping his loving family. As a result, he taught dancing classes with the help of his brother, Fred.

When the late 1930s approached, Gene Kelly had set his eyes on performing at the Broadway stage. Some of the small roles that he immediately landed were Leave It to Me!, One For the Money and several others. One of the lead characters that he played in the film musicals came in 1940 while playing in Pal Joey, a musical comedy. His exceptional performance on stage caught the eyes of many including MGM’s executive, Louis B. This encouraged him to offer Kelly a movie contract. Two years later, Kelly made his first film appearance in For Me and My Gal – 1942. He starred alongside Judy Garland.

Gene Kelly's debut role in the film industry performed well thanks to the fact that he was also playing side by side with Judy Garland, a box office champion. He also landed another lead cast in the 1943 film; Du Barry Was a Lady. In this film, he acted together with Lucille Ball. Thousands Cheer came in next during the same year. This film gave him the advantage of relying on his choreographs dance moves.

Things improved with his film career making a hit in 1944 with the release of Cover Girl. To this point in his film dancing career, he was hailed as many as an actor with a vigorous attitude and passion. Over the next films, he had gained the trust of his directors and producers. They gave him the freedom of experimenting with his own best dancing moves. Other films that he went on to feature in include Anchors Aweigh -1945 Living in a Big Way -1947, The Three Musketeers -1948, Take Me Out to the Ball Game -1949 and On the Town -1949.

Gene Kelly got married for the first time to Betsy Blair. This marriage occurred in 1941. The pair had one girl child named Kerry. They, however, separated in 1957. Three years later, he got married for the second time to Jeanne Coyne, his assistant choreographer. This relationship gave birth to two children namely Timothy and Bridget. The two separated with the death of Coyne which prompted Kelly to marry for the third time. In 1990, he married Patricia Ward.