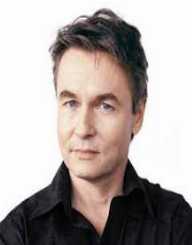 Esa-Pekka Salonen is a Finnish composer and orchestral conductor.

Esa-Pekka Salonen was born on June 30, 1958, in the city of Helsinki, Finland. He attended the Sibelius Academy, where he studied horn and composition. He then studied conducting under Finnish conductor Jorma Panula. He later studied composing under Italian composers Niccolo Castiglioni and Franco Donatoni.

In 2000, Esa-Pekka Salonen put his conducting career on hold and focused on composing. He wrote Mania for the cellist Anssi Karttunen and Dichotomy for the pianist Gloria Cheng. He composed many orchestral pieces, such as Gambit, Insomnia, Foreign Bodies, Wing on Wing, and Stockholm Diaries. In 2003, he took part in several concerts at the Walt Disney Concert Hall. He composed the Piano Concerto, Violin Concerto, and Cello Concerto.

In 2008, he became the main conductor of the Philharmonia Orchestra. He worked on several digital installations, such as Woven Words and Universe of Sound. He was a Guest Conductor at the San Francisco Symphony and the Metropolitan Opera. In 2014, he created the music for Apple’s promotion of the iPad Air. That same year, became Creative Director at the Tonhalle Zurich Orchestra. The following year, he joined the New York Philharmonic as the Marie Josee Kravis Composer-in-Residence. He composed the orchestral pieces Nyx and Karawane.

Esa-Pekka Salonen won the UNESCO International Rostrum of Composers, the Siena Prize, the University of Louisville Award for Music Composition, and the Michael Ludwig Nemmers Prize in Music Composition. He was admitted into the American Academy of Arts and Sciences as a Foreign Fellow.