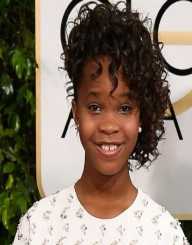 Baby Erin (Princess of Bounce) was born on July 19, 2005, in New Orleans, USA. Her father used to be a rapper. She is currently still at school.

Baby Erin began to show her interest in rap music at a very young age since her father was also a rapper. The young girl dreamed of making it big in the music business. Her parents began posting videos of her on various social media platforms, and the TV producer John Robert soon discovered her. She was soon signed to the record label Flipset Music Group.

When Erin was seven years old, her video Basketball was produced by Flipset Music. The video instantly went viral on YouTube, gaining over 1 million views upon its release. Soon after, her second video School House Rock was released and received more than 8 million views. By the time she was nine years old, Erin already had a lot of experience in music industry.