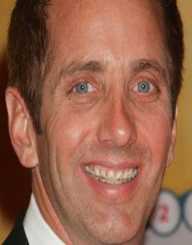 Gregory Jack Biffle was born 23rd December 1969, to Garland and Sally Biffle. He was born in Vancouver, Washington, in the United States, and has one brother.

Greg Biffle’s racing career began in the mid-1990s when he raced on short tracks throughout the Pacific Northwest. He raced in the Winter Heat Series which was televised nationally in 1995-1996. As the driver that dominated the series championship, Biffle quickly became noticed.

In late 1996, he debuted in one of the NASCAR national divisions.

In 1998, Biffle became a full-time driver in the Craftsman Truck Series, promoted by Roush Racing. Although he didn’t win a race, he finished eighth in the final standings and was also awarded the Rookie of the Year Award.

He had a superb season in 1999, finishing with nine wins, a record for single-season racing that is still unbeaten in 2018. Biffle finished second in the final standings.

In 2000, Greg Biffle won five races and won the Truck Series title. It was his first championship in one of NASCAR’s major series. The announcement came that Biffle would move up to the Busch Series in 2001.

Between 2001 and 2009, Biffle raced in the Busch Series, which had its name changed to the Xfinity Series. He won Rookie of the Year in 2001. The following year he won his first Busch Series title. He had several wins over the years, and in 2010 returned to the Nationwide Series.

He raced for Roush Fenway Racing, and in 2003 started racing full-time in NASCAR’s top division. They renewed his contract for a year in 2008. As it was, Biffle stayed with Roush Fenway until 2016, when they parted ways, and he became a free agent.

Biffle has appeared on several television series over the years, including This Week in NASCAR, and American Restoration. In 2017, he joined NASCAR America, on NBC Sports.

Biffle also competed in 81 races over a five-year period in the NASCAR Camping World Truck Series. He had 16 wins and 54 top ten finishes.

He also has two Rookie of the Year titles.

In 2007, Greg Biffle married Nicole Lunders. The couple had one daughter, Emma. Biffle and Lunders separated in 2015 and followed with a divorce in 2016.

Biffle has become an animal activist, establishing his foundation, which he operates through the motorsports industry. The foundation supports no-kill animal shelters, and the Animal Adoption League, amongst others.