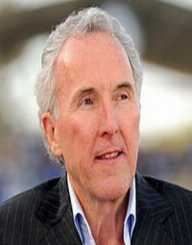 Frank McCourt is an American educator and author whose work on Angela’s Ashes granted him widespread success. Before he worked as a writer, McCourt taught English in many high schools in the United States, a job which he held on to for 30 years.

McCourt died at the age of 78 from succumbing to cancer on July 19, 2009, a month short of his 79th birthday in Manhattan, New York City.

Frank McCourt's first marriage was to Alberta Small in 1961 which brought forth a daughter named Margaret, but their marriage ended in divorce in 1979. In 1984, he married a second time to Cheryl Floyd, a psychotherapist but they too ended in separation in 1989 after a five-year union. His third marriage was to Ellen Frey McCourt. They tied the knot in August 1994 and took residence not only in New York but also in Roxbury, Connecticut.

Francis “Frank” McCourt was born on August 19, 1930, in Brooklyn, New York as the eldest son of Angela Sheehan and Malachy McCourt. Both parents were of Irish lineage, and his father claimed that he is part of the IRA during the War of Independence in Ireland. He has four younger siblings who rendered the family in an extremely tight situation.

His family also had the misfortune of experiencing the Great Depression while in America, so his father had no choice but to move the family back to Ireland. They settled in his mother’s hometown of Limerick where his alcoholic father found work, but all of his earnings went directly to his drinking which rendered the family in poverty.

At the age 11, his father moved to England to find work for the family. After a few years, contact with his father came to an end, and he took it upon himself to earn for mother and siblings. He left school and started working at the age of 13. He worked a series of odd jobs to make ends meet and turned to petty crime to provide for the family.

When he was 19, Frank McCourt returned to America at the age of 19 with money he saved from working in Limerick. He arrived in New York from a boat and befriended a priest whom he met on board and who provided him lodging and a job opportunity at a local hotel. He was drafted to the US Army just two years after his return and was stationed in Bavaria. After completing his duties, he returned to New York where he jumped from one job to another.

Soon after, he decided to apply to New York University by using his educational benefits from the GI Bill. He earned his bachelor’s degree in 1957 and put his teaching to work upon graduation and took a master’s degree which he attained in 1967.

From Teacher to Author: Angela’s Ashes and Commercial Success

After serving as an English instructor for 30 years, Frank McCourt decided to write his life experience when he was in Ireland, the result of which produced the award-winning masterpiece entitled Angela’s Ashes. The book was published in 1996 that earned him a number of awards such as a Pulitzer Prize in Biography (1997), the Los Angeles Times Book Award, the National Book Critics Circle Award, and the ABBY Award. The book also sold more than 5 million copies worldwide and was adapted into a film.

His follow up works, ‘Tis, which was released in 1999 tells of his experience upon his return to New York. The third installment, Teacher Man, revolves around his life as an English instructor.