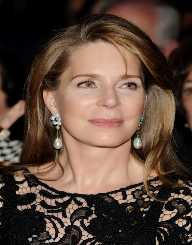 Noor Al-Hussein famously known as Queen Noor is the former queen of Jordan between 1978 and 1999. She was born on August 23, 1951, in Washington, D.C. The U.S. She was the fourth wife of King Hussein who died in 1999. She is known as the longest serving member of the Board of Commissioners of the International Commission on Missing Persons. She is also the sitting president of the United World Colleges movement since 2011. She is also on the forefront as an advocate of the anti-nuclear campaign known as Global Zero.

Queen Noor was born Lisa Najeeb Halaby to Najeeb Halaby and Doris Carlquist. She was born in Washington D.C, the U.S on August 23, 1951. She started her education in New York and California and later joined National Cathedral School from fourth grade. Upon completion of her eighth grade, she studied at The Chapin School in New York City for two years. She graduated from Concord Academy in Massachusetts and proceeded to Princeton University. In 1973 she graduated from Princeton with a BA in architecture and urban planning.

Queen Noor moved to Australia after graduating and worked for an urban planning firm which focused on the developments in the Middle East. In 1975, she started working for a British architectural and planning firm named Llewelyn Davies. The firm was contracted to come up with a model for the capital city center in Tehran, Iran. However, the firm was forced to relocate to the UK due to the adverse political instability in Iran.

Noor moved to settle in the Arab World where she enrolled at Columbia University School of journalism. She also took a part-time research job in Amman in an Aviation centre. She was later appointed as Director of Facilities Planning and Design at Alia Airlines where she moved to after quitting Arab Air.

In 1979, Queen Noor founded the King Hussein Foundation (KHF) which had other institutions including Noor Al Hussein Foundation, the Information and Research Center, the National Center for Culture and Arts, the Institute for Family Health, the Jubilee Institute, the National Music Conservatory, the Islamic microfinance company, Ethmar , the Community Development Program and Tamweelcom the Jordan Micro Credit Company. In 1980, she established a youth program known as the International Arab Youth Congress. She is also the chairperson of JOrchestra .

While working at in Amman, Queen Noor met King Hussein and was engaged to him in 1978. She was married to King Hussein on June 15, 1978, and also accepted the Islamic religion. She was crowned Queen of Jordan upon marriage adopting the royal name Noor Al-Hussein. She had four children by King Hussein Prince Hamzar (1980), Prince Hashim (1981), Princess Iman (1983) and Princess Raiyah (1986). She is the stepmother of Hussein's children by Queen Alia Princess Haya bint Al Hussein, Prince Ali bin Al Hussein and Abir Muhaisen.