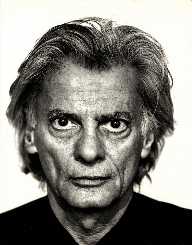 Richard Avedon's birth came on the 15th of May 1923. He worked with a lot of media and magazine houses during his career and established his name as one of the best photographers ever to live. Moreover, he gave the photographers around the world a new way of taking portrait photographs. Some of his works are still hanging all over the world in places like the Museum of Modern Art, New York, Paris, National Museum of American and many more.

Richard Avedon was born on 15th of May 1923 to a Jewish business family in New York. He was the son of Jacob Israel Avedon and Anna Avedon. As a young man, Jacob found himself drawn into the fashion style showing his artistic nature. In 1940, he developed an interest in photography. He, therefore, joined one of the clubs, Young Men’s Hebrew Association Camera Club. His family owned a camera that he used in the club to sharpen his skills from a young age.

Richard Avedon was an alumnus of DeWitt Clinton High School. The school is located in Bedford Park, in the Bronx. Besides, he worked as the Schools newspaper The Magpie photographer for three years. Upon his completion of high school, he registered at the Columbia University to study poetry and philosophy.

This did not last as one year later he dropped out of college to pursue his passion for photography. Richard, therefore, started as a marine photographer for the merchants. He used his skill to take the crew men’s photo ids. He would later drop the gig and join the apprenticeship of Alexey Brodovitch. Alexey owned a Design Laboratory, and Richard worked there for six years.

Richard Avedon had one of the most exciting and fruitful careers. After working with as photographer of marine merchant ids, he took a job with Alexey, and he worked for most as an intern till 1944. As a result of good lessons learned from Alexey, he decided to go the rest of his life on his own. He managed to get the attention of magazines like Vogue and Life. Harper’s Bazaar later chose him as their chief photographer.

In the 60’s Richard Avedon started taking a portrait of politicians, cultural protestors and municipal workers. Also, during this time he took the photos of the Berlin Wall coming down. Richard took many pictures in his life, making the new ideas he came up with fancier than the last.

In his lifetime, Richard Avedon managed to accrue several lifetime achievement awards for his work. In 1989 he was awarded by the Council of Fashion Designers of America. Four years later came his next award, Mastery of Photography Award by the International Center of Photography.

The year 2001, brought him another reward in the form of an election as Fellow of the American Academy of and Sciences. Moreover, in the year 2003, Richard was the recipient of the National Arts Award for Lifetime Achievement. In addition to that, he received The Royal Photographic Society’s Special 150th Anniversary Medal and Honorary Fellowship. This was for his remarkable work in the photography industry.

The year 1944, saw the union in holy matrimony between Richard Avedon and Marie Nowell. She was only 19 years at the time of marriage. They were not blessed with any children. The couple got divorced five years later in 1949. He remarried again in 1951 to Evelyn Franklin. They were blessed with a son John Avedon.

The October 1st of 2004 brought the sad news of the death of Richard Avedon. He was at the Texas Hospital, in San Antonio. Richard Avedon had suffered a cerebral hemorrhage while in San Antonio on a shoot for the New Yorker. He was working on a project called Democracy to Focus.