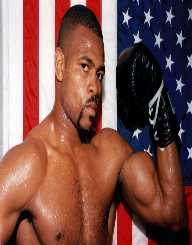 Roy Jones Jr. was chosen to be a member of the 1988 USA Olympic Boxing Team for the Summer Olympics held in Seoul, South Korea. He won silver in the light middleweight boxing event which some felt was a controversial decision. The opinion was that he should have won gold.

In 2003 Roy Jones Jr. won the WBA heavyweight title in a match with John Ruiz.

The following year Jones was knocked out by Antonio Tarver, and that fight marked a turning point in his boxing career as he began losing fights. He had a victory in 2011 when he won the Universal Boxing organization Inter-Continental cruiserweight title.

In 2001 Roy Jones Jr. released a rap music album Round One: The Album as well as a debut single. Y’All Must’ve Forgot. He was also part of a group, the Body Head Bangerz.

Roy Jones Jr. was The Boxing Writers Association of America’s Fighter of the Decade for the 1990s. In 2003 he was named Fight of the Year by the World Boxing Association