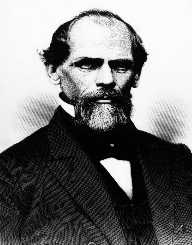 The brains behind the Brooklyn Bridge, John A. Roebling was an American civil engineer who designed and built many suspension bridges and aqueducts using wire rope. He was one of the early pioneers of this system.

Johann August Röbling was born on June 12, 1806, Mühlhausen, which was then a part of the Kingdom of Prussia. Roebling had three siblings, two brothers, and one sister. Their father owned a small tobacco shop. As a child, Roebling was a meritorious student who excelled in mathematics and science. In Berlin’s Bauakademie, Roebling was a protégé under some famous engineers and architects, learning the craft of bridge building and hydraulics from the very best.

America’s economic growth was at a peak at that time with many infrastructural projects being undertaken all around the country. But weirdly enough, Roebling devoted himself to farming and unwillingly continued that for six years, until the Panic of 1837 triggered a period of recession that hit the entire country badly. Agriculture suffered the most and Roebling gave up farming and turned to engineering finally.

In the initial years, he worked as a surveyor in the railways in Pennsylvania. From 1841 onwards, Roebling started working wonders with wire rope and pioneered several techniques and methods to use them for his creation of suspension bridges. In 1844, he first put his innovation to use by building the Allegheny Aqueduct, replacing the wooden canal aqueduct that previously stood there.

In 1845, after his successful operations by the Allegheny River, he built the suspension bridge over the Monongahela River. Roebling took the matter of wire rope production seriously and opened a massive business unit at Trenton, New Jersey. Roebling became world famous for his construction wonders which have inspired future architects and engineers. Among his most notable works are the Niagara Falls Suspension Bridge, the Allegheny Bridge in Pittsburgh, the Cincinnati-Covington Bridge, etc. The latter which was renamed into the John A. Roebling Suspension Bridge was completed in 1866 and was the longest suspension bridge in the world at that time.

Roebling’s last project was the construction of Brooklyn Bridge over the East River. It was his most famous one also as it became a tourist hotspot in due course of time. It was classified as a National Historic Landmark in 1964 and a National Historic Civil Engineering Landmark eight years later. The Brooklyn Bridge was the world’s first suspension bridge made with steel wires.

After immigrating to America, Roebling married Johanna Herting. The couple had nine children. His eldest son Washington Augustus Roebling became a civil engineer and is known for completing the construction of the Brooklyn Bridge after his father passed away. One of his sons Charles Roebling founded the community town of Roebling in New Jersey. His grandson Washington A. Roebling II was one of the passengers on Titanic who met his end when the ship sank.

Roebling met with an accident when a ferry hit him against a piling at the edge of the dock, during the construction of the Brooklyn Bridge. He suffered severe injuries to his foot and his toes had to be amputated. Roebling tried to treat the affected area with water therapy but that proved to be fatal as he contracted tetanus and passed away on July 22, 1869, in Brooklyn.