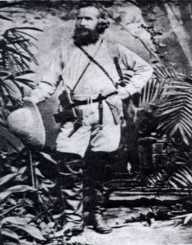 Ernst Haeckel was a famous biologist who made discoveries on a number of species which had all forms of life. He was also a philosopher, physician, and professor who followed and propagated the Darwinian Theory in Germany. Ernst was born on February 16, 1834, in Potsdam, Prussia, Germany. His works included anthropogeny, phylum, phylogeny, Protista, stem cell and ecology among others which he borrowed from Darwinian Theory. He is the figure behind several pictures of animals and sea creatures contained in the book ‘Art Forms of Nature’ and the ‘recapitulation theory.’ Ernst died on August 9, 1919, in Jena, Germany at the age of 85.

Ernst Heinrich Philipp August Haeckel was born a German citizen in 1834 February 16 in Potsdam, Prussia. He went to Domgymnasium High School and finished in 1852 then joined Berlin and Wurzburg where he pursued a course in medicine. He graduated in 1857 with a doctorate in medicine and also acquired a medical license. Ernst also studied zoology at the University of Jena for three years and received a degree in Zoology.

Ernst Haeckel lectured and taught comparative anatomy at the University of Jena for 47 years researching a number of phyla. Haeckel was privileged to meet Charles Darwin in 1866 in Kent and was also married to Agnes Huschke in 1867. The couple had three children, Walter, Elizabeth, and Emma. Ernst made a number of trips to different places on research basis including ‘Norway’ (1869), ‘Croatia’ (1871) and ‘Egypt’ ‘Turkey’ and ‘Greece’ all in 1873.

Ernst was full of age when he quit teaching in 1909, and in 1915 a tragedy struck him for he lost his wife, Agnes.

With in-depth research, Ernst Haeckel came to identify psychology as being a small unit of study in physiology. He also came up with the kingdom known as Protista in 1866 and was a believer in Lamarckism. He combined the two theories of phylogeny (evolutionary descent) and Ontogeny (development of form) into ‘Ontogeny recapitulates Phylogeny.’ To expound on this theory, he used drawings like the embryo drawings and later established heterochrony.

Ernst Haeckel argued that humanity draws its origin somewhere in Asia and he states that it is here that the first man originated from. He considered the primates in the south-east part of Asia and concluded there was a resemblance with human beings. He, therefore, disregarded Darwin’s first thesis that evolution took place in Africa. He further argued that the early humans must have occupied the Lemurian location in the Indian Ocean. He concluded that since Asia had many primates, evolution may have taken place in Asia. The fact that Lemuria was believed to have been a bridge between Asia and Africa convinced Haeckel that there was a migration process.

Ernst Haeckel received the title of Excellency from Kaiser Wilhelm II in 1907 and was also awarded the Darwin-Wallace Medal in 1908. Statutes have been erected in the Sierra Nevada and New Zealand on account of his name and honor.