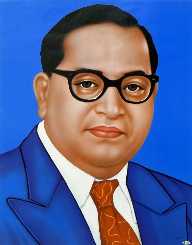 Bidhan Chandra Roy was a renowned Indian physician, freedom fighter and politician. Born on July 1, 1962, Bidhan Chandra Roy was the second Chief Minister of West Bengal in India and held the post from 1948 to 1962 when Bidhan Chandra Roy died. Bidhan Roy’s term of office came with massive development and was referred as the great architect of West Bengal as he founded five eminent cities, Habra Bidhannagar, Durgapur, Ashokenagar, and Kalyani. As an alumnus of the Medical College Calcutta of the University of Calcutta, Bidhan Chandra Roy was one of the few Indians to simultaneously complete an F.R.CS and M.R.C.P degrees. His contribution to the medical field was enormous as he helped establish some medical institutions in Calcutta.

At the medical school, an inscription he came across that read, “Whatever thy hands findeth to do, do it with thy might,” inspired him. This quote became his source of inspiration for the rest of his life. After his father retired from his work as a Deputy Collector, things became difficult for Roy as Bidhan Chandra Roy was not receiving the necessary funds for his education. Bidhan Chandra Roy managed to get a scholarship and had to cut on expenditure, saving on books by relying on the library and borrowing notes.

Bidhan Chandra Roy started his career in the medical field as soon as he completed his education by joining the Provincial Health Service. With dedication, he served in all positions, including giving out prescriptions as well as serving as a nurse when the in charge are not around. Bidhan Chandra Roy also served as a private doctor at his free time with little charge. With the quest to continue his education, Bidhan Chandra Roy traveled to England in February 1909 with an aim to enrol at the St Bartholomew’s Hospital.

Bidhan Chandra Roy was always concerned about the health of the people and was optimistic that with the healthy and strong mind of the people, it would be easier to achieve Swaraj. Bidhan Chandra Roy, therefore, contributed immensely to the organization of medical education and also established the Jadavpur T.B. Hospital, Chittaranjan Seva Sadan, Kamala Nehru Hospital, Victoria Institution and the Chittaranjan Cancer Hospital. In 1926, the Chittaranjan Seva Sadan for children and women but it had low patronage because the women were reluctant to visit the hospital. With the intervention of Dr. Roy and his team, the women started to patronize it.

Bidhan Chandra Roy provided air-raid shelters for schools and colleges for their classes after Rangoon fell to Japanese bombing in 1942. Aside from that Dr. Roy who was the vice-chancellor of the University of Calcutta at the time supported the students and teachers with relief items. This gesture gained him an honorary Doctorate of Science in 1944. He was always positive about the youth and believed the future of India would depend on well-equipped and educated youth.

Dr. Roy’s political career began in 1925 when he contested as an independent candidate for the Barrackpore Constituency for the Bengal Legislative Council. Bidhan Chandra Roy was able to defeat Surendranath Banerjee for who considered as the "Grand Old Man of Bengal."Dr. Roy set the ball rolling immediately he took over by proposing the study of the causes of pollution in Hoogly. He also proposed measures to take to prevent future pollutions. In 1928, he was elected to serve on the All India Congress Committee. Bidhan Chandra Roy proved himself to be an astute politician and ensured he had good relations with other politicians. In 1929, he successfully organized the Civil Disobedience in Bengal.

Bidhan Chandra Roy gained recognition with that act and in 1930 was nominated by Pandit Motilal Nehru as a member of the Working Committee (CWC). Activities of CWC were considered illegal and therefore declared as an unlawful organization. On August 26, 1930, Bidhan Chandra Roy and other members of CWC were arrested and detained at the Central Alipore Jail I Calcutta by the British government. Upon his release, became the Alderman of the Calcutta Corporation from 1930 to 1931.

In 1933, Bidhan Chandra Roy became the mayor of Calcutta. Under his leadership, the Corporation made giant strides in the area of education, health, infrastructure, roads and the improvement in the water supply. Bidhan Chandra Roy was also in charge of giving out grants in aid to the hospital and other charitable donations.

Bidhan Chandra Roy was never married. After an active day on July 1, 1962, including treating his morning patients, taking over some political works he died at midday. Bidhan Chandra Roy gave his home out for the running of a nursing home named after his mother, Aghorkamini Devi.

In 1967The Bidhan Chandra Roy Memorial Library and Reading Room for Children in the Children's Book Trust, New Delhi was established, in1976, an award scheme, The B.C Roy National Award was established to honor works in the field of medicine, politics, science, philosophy, literature, and arts.