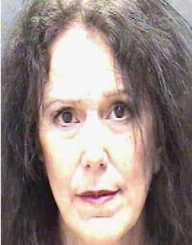 Sandra Bridewell was born on April 4th, in 1944. She is famous for being a con artist that ended up collecting thousands of dollars from friends and relatives. Similarly, she was also linked to a number of mysterious deaths. Due to the image that she quickly attained due to her strange activities she was nicknamed the “Black Widow.”

Sandra Bridewell was born on April 4th, in 1944. While she was still a toddler, Camille Powers and Arthur adopted her. She, therefore, spent her early childhood years in Sedalia. Bridewell faced a troubled childhood as her adopted mother Camille passed away when she was young. This prompted Authur, her adopted father to remarry again. They later moved to Oak Cliff in Texas.

Bridewell experienced a challenge in trying to cope with her father’s new wife, Doris. Rumor has it that Doris would close her up in a closet and that she also prevented her from enjoying a social life.

In 1962, Bridewell graduated from high school. Earlier on, she had never engaged in any relationship. After high school, she began dating from time to time. Most men grew attracted to Bridewell simply because of her destitute nature. With time, she joined college, but she dropped after a year.

Sandra Bridewell got married for the first time to David Stegall in 1967. It did not take time before the couple welcomed three children in their relationship. Regardless of the good life that they were living, Stegall found it difficult to maintain his wife’s extravagant tastes. By mid-1970s, their family was in massive debt and that it drove Stegall crazy to the extent that he almost took his life away. Weeks later after he had tried to kill himself, Stegall was found dead in his bed.

Sandra Bridewell did not waste time in the financial situation that her late husband had left them. Therefore, she began dating wealthy men again. In less than three years, she got married for the second time to Bobby Bridewell. Bobby was a renowned Dallas developer. Unfortunately, this marriage did not last long after Bobby was diagnosed with cancer in 1980. Two years later, Bobby passed away.

Following the death of her second husband, Bridewell depended on her husband’s close friends for emotional consolation.Dr. John Bagwell along with his wife Betsy aided Bridewell to go through the challenging moments after the death of her husband. Nevertheless, Bridewell became persistent asking the couple for money and invading their privacy. As a result, the couple tried to break loose from her company. Later, it was suspected that Bridewell took the life of Betsy after asking her to drive her to the airport in June 1982.

Two years down the line, Sandra Bridewell got married again. She managed to woe a 29-year-old guy called Alan Rehrig. After a few weeks of knowing each other, the pair were in love. In 1984, Bridewell broke the unexpected news to Rehrig that she was pregnant with twins.

Interestingly, seven years before the two had met, Bridewell had gone through a hysterectomy, and therefore she could not bear children. It was later found out that she was only playing tricks on Rehrig regarding her pregnancy. Aside from the pregnancy trick that she played on Rehrig, she also lied to him about her age. Rehrig knew that she was 36 while in the real sense she was 41.

In 1985, a few months after the couple had tied the knot, Bridewell again lied to Rehrig that she had miscarried. Rehrig was distressed. Later that year, in November the two went separate ways. However, Rehrig was found killed in December after Bridewell had called to meet him. For that reason, Bridewell was a primary suspect. It is after the death of her third husband that she earned the nickname “Black Widow.”

The Black Widow moved on with her life this time, conning people of their money in San Francisco. With time, her name began to circulate all over San Francisco, and thus she moved to Boston. She also changed her name to Camille Bridewell.

Following a series of con-related news, Bridewell was arrested in 2007 in North Carolina. She pleaded guilty to several accounts the following year.