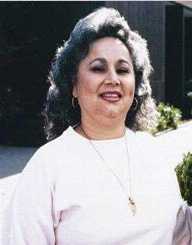 Griselda Blanco was born on February 15, 1943. She was a Columbia, drug trafficker. She was the head of the most extensive drug distribution networks in the United States. She is popularly known for having dominated the drug industry.

Griselda Blanco was born on February 15, 1943, in Columbia. She was born into a low-income family. She was born to Ana Lucia Restrepo and her husband. She was brought up by only her mother. At the age of three, her mother moved them to Medellin, Columbia which was the centre of cocaine distribution. She lived a life of crime and pickpocketing. At the age of eleven, she kidnapped a child for ransom, but she later killed the child. At the age of fourteen, she ran away from home because her mother was abusive. She became a prostitute to sustain herself.

In 1975, Griselda Blanco was indicted alongside some other gang members. She moved to Columbia before she could be arrested. She later returned to the United States and settled in Miami. She started her drug operations again, and this led to the ‘Miami Drug War’ in the 1970s. Her operation distributed drugs all over the United States and so she gained a lot of finances which other gangs were not happy about. She was known to use extreme violence against anyone who was against her. Her life was frequently threatened by rivals who saw her as a threat to the drug industry.

In 1984, Griselda Blanco shifted to California after her life became too much in danger. In 1985, she was arrested by the Drug Enforcement Agency in the United States. She, however, controlled her drug operations even in jail. After nineteen years after her arrest, she was sent back to Columbia. Her drug operations used to generate $80 million per month.

At the age of twenty, Griselda Blanco got married to Carlos Trujillo with whom she had three children, Uber, Dixon, and Osvaldo. All her children were killed in gang violence. She also had a relationship with Dario Sepulveda with whom she had a son, Michael Corleone. She died on September 3, 2012, after she was murdered by hired assassins. She was killed in Medellin, Columbia. She died at the age of sixty nine.