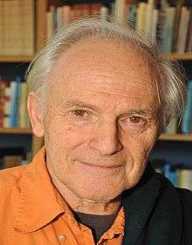 Winner of the Nobel Prize in Physiology or Medicine in 1976, Baruch Samuel Blumberg was a physician and geneticist. His most important contribution was in the investigation of the Hepatitis B virus and the discovery of new mechanisms through which infectious diseases can spread.

Baruch Samuel Blumberg also discovered the vaccine for the Hepatitis B virus and the methods for its diagnosis.

He was the President of the American Philosophical Society from 2005 till 2011.

Baruch Samuel Blumberg, also called Barry, was born on July 28, 1925. His sun sign was Leo. He belonged to a Jewish family. His mother Ida was a housewife where as his father was a lawyer.

Baruch S. Blumberg received his primary education in the Orthodox Jewish elementary school, Yeshivah of Flatbush. He was educated in the embryo and also learned to study the Bible.
He then moved to the James Madison high school, where he was taught by several highly qualified teachers.

The family then shifted to Far Rockaway, Queens, where he went to the Far Rockaway high school – the School where Richard Feynman also studied. In 1943 Blumberg passed high school and then joined the US Navy as a deck officer during the Second World War as war service.

After the war ended and he was discharged, he completed his graduation from the Union College in Schenectady, New York and then went to the Columbia University where he enrolled in a graduate program in mathematics.

But Baruch S. Blumberg changed his field, and then joined the Columbia College of physicians and surgeons to study medicine. He finally received his MD in 1951.

Baruch S. Blumberg went to the BallionCollege of Oxford University and researched in biochemistry. He was awarded his Ph.D. degree in 1957.

Three years after doing his Ph.D., Baruch S. Blumberg became the chief of the Geographical Medicine and Genetics section of the National Institute of health in Maryland in 1960. He later joined the Institute for Cancer research and became the associate director there.

Baruch S. Blumberg went on several field trips and collected blood samples from different people, to continue his research on the spread of the communicable diseases. In 1967 he discovered the hepatitis B virus. He identified the hepatitis B virus and also demonstrated that the infection could cause liver cancer. Baruch S. Blumberg along with his team also developed a technique to diagnose this virus and to restrict it from spreading through blood transfusions. This was a significant discovery as it reduced the deaths caused by the Hepatitis B virus from 15% to about 1%. This ground breaking work earned him the Nobel Prize in medicine in 1976.

Baruch S. Blumberg then took his attention to teaching and joined the University of Pennsylvania as a professor of anthropology and medicine.

Baruch S. Blumberg joined the American Philosophical Society in 1986, and 19 years later he became its president in 2005. Before this, he was also the director of the NASA Astrobiology Institute at the Ames Research Centre from 1999 to 2002.

He also wrote three medical books – Australia antigen and hepatitis in 1972, hepatitis B and prevention of cancer of the liver in 2000 and hepatitis B: the hunt for a killer virus in 2002.

Barry Blumberg was awarded the Nobel Prize in physiology or medicine in the year 1976. He shared this prize with Daniel Carleton.

Baruch S. Blumberg was married to Jane Liebesman who was an artist. They had four children – two sons George and Noah, and two daughters Anne & Jane.
Samuel Blumberg was deeply attached to his religious roots and never missed to attend the Talmud.

After delivering the keynote speech on April 5, 2011, at the International Lunar Research Park Exploratory Workshop, Baruch S. Blumberg had a fatal heart attack. He lost his life at the age of 85.