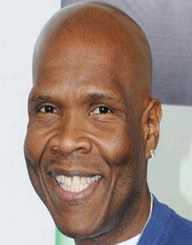 The idea of finding yourself with a gramophone record during the ancient days seemed like an absurd trajectory. But we’ve now welcomed an aggravated technology that makes us venture into a different world of entertainment. There is no doubt that we love every bit of it. Unlike other social media stars and Vloggers, Big Boy opted to try another part of the extravaganza. He is currently pioneering as an actor, radio host and a tremendous DJ. He came to prominence in the 1990s when he teamed up with a hip-hop radio station called KPWR or Power 106.

After working in the said position for a while, Big Boy joined the KRRL station in 2015.Before fame, Big Boy used to serve as a DJ while he was still a student at Culver City High School. Besides, he had to undergo a stomach surgery where he lost over 200 pounds. Read further to know more about his life.

Standing at “6’2” ” height, Big Boy shares a well-accorded personality that makes him as an all favorite. Even when he was struggling with his health, he didn’t seek solace from others. In fact, other people came for him for more advice on how they will come to change their lives. His weight acted as a stepping stone that led him to meet even the unknown. As an individual, Big Boy is ultimately known as a caring and charming person. He loves to make new friends just as much as he hates to hurt his loved ones. Above anything else, comfortability and self-discipline seem to rule his life. This is in regards to his early and later achievements. As a trivia, Big Boy didn’t ignore small projects, and in the process, they turned into finer and prime deals. Read along.

On September 8th, 1969 Big Boy was first seen in the world in Chicago, Illinois. It was at the age of two that his family opted to live in Los Angeles. After a few years of settling and growing up, Big Boy enrolled at Culver City High School. It was there that he ventured into the music industry and he was known for nothing else than his DJ skills. After the completion of his studies, he landed a small job with the Pharcyde band. Here he served as a bodyguard due to his natural physique. In the process, he met a radio personality called Baka Boyz who is famously known for his comical persona.

Baka and Big Boy became close friends where he was given a position at KRR radio station. It was here that his fame called. Soon he started to work as a part-time radio host. His image was embraced by all, especially the young generation in the 1990s to the new millennium.

His indelible personality made Big Boy be featured in countable of films and series. Some of the notable ones include the Longest Yard, The Players Club, Soul Plane and Charlie’s Angels. He followed it up with a wide array of television roles including Fastlane in 2002 as well as 2005 Proud Family Disney Movie.

Early in 2004 Big Boy took a role of a Big Bear in an animated video game called GTA or Grand Theft Auto. After a short pause, Big Boy partnered with Power 106 radio station where they appeared in a movie called Project X. It was on 6th, August 2007 that Big Boy’s life changed when he signed a profitable deal with ABC Radio Networks to organize his weekend show titled Big Boy’s Hip Hop Spot. After several weeks, the show topped the Hollywood charts. It is currently called as The Big Boy’s Neighborhood Morning Show.

On 24th, November 2010 Alexander collaborated with Vicente Fernandez where they performed at his concert. It was also the same year when he joined a new production film company called Ida Son Production. He managed to appear on a rom-com titled Exit Strategy.

In the mid of 2015, Big Boy left KPWR Station after signing a long-term contract with a Mass Media Company called iHeartMedia. The company owns several stations in Los Angeles including KRRL. It was in March 2015 that Big Boy teamed up with KRRL.

From 2002 to 2015 Big Boy has earned several awards and recognition. Some of the notable ones include the Radio Music Award, Marconi Award as well as National Radio Hall of Fame recognition. When it comes to his personal life, Big Boy tied a nuptial knot with Veronica Alexander. He got his moniker “Big Boy” due to his oversized body. At first, he seemed okay, but hell broke loose when he was diagnosed with obesity. This caused him to undergo a stomach surgery that came to change his lifestyle. It is said that he lost over 300 pounds and he is currently looking young and desirable.