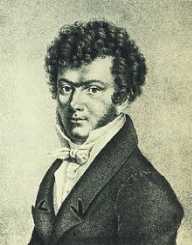 Italian composer and singer Claudio Giovanni Antonio Monteverdi was born in 1567 in Cremona. His actual date of birth is not known, but since he was baptized on 15th May, it is certain that he was born just a few days before that. His father Baldassare Monteverdi was an apothecary, who married to Maddelena Zignani. Claudio was the eldest child, and his younger brother Giulio Cesare also became a musician.
There is no clear evidence on Monteverdi’s early training in music, however, it is known that he was a member of the Cathedral Choir. Monteverdi attended the Cremona university.

Claudio Monteverdi’s first known publication was a set on motets- Sacraecantiunculae for three voices. The work was issued in Venice in 1582. During this time, Monteverdi was a pupil of Marc’Antonio Ingagneri, who was the maestro di cappella at Cremona Cathedral. Together with Ingagneri, Monteverdi studied counterpoint, composition and playing instruments from the viol family and singing.

The artists next publication came in 1583 when Claudio published the Madrigalispirituali in Brescia. This work was followed by his first secular compositions, sets of five-part madrigals in Venice, 1587. His second book of madrigals also came out in Venice, in 1590, and it was dedicated to President of the Senate of Milan, for whom Monteverdi played the viola da braccio.

Around 1590, Claudio Monteverdi began serving the court of Duke Vincenzo I Gonzaga of Mantua. He was playing vivuola and continued composing. The Duke was seeking for the leading musicians to establish his court as the musical center. His maestro di Capella was Giaches de Wert, and the Duke also hired composer and violinist Salomone Rossi.

In 1599, Monteverdi married the court singer Claudia de Cattaneis. The couple had three children together, two sons and a daughter, who died soon after birth. Monteverdi was highly regarded in the court and accompanied the Duke in his travels and military campaigns. In 1599 he went to Flanders, where he learned about the contemporary music of French school.

In 1601, Claudio Monteverdi became the new maestro di capella. During this time, Monteverdi was criticized by the theorist Giovanni Maria Artusi, who condemned his use of harmony and the musical modes, which was an innovation. Artusi was trying to correspond with Monteverdi on these issues, but he refused to respond. The debate between Artusi and Monteverdi confirmed him as the leading musical stylist of the period.

In 1606, Monteverdi was commissioned by the heir of the Duke, Francesco to write the opera Orfeo for the carnival season of 1607. The opera saw two performances in February and March. The following year, Monteverdi wrote his opera L’Arianna to celebrate the marriage between Francesco and Margherita of Savoy.

Claudio Monteverdi's hard work and personal losses put him under a lot of stress. 1607 saw the death of his wife and a young singer Caterina Martinelli, who was intended for the role of Arianna. Monteverdi also had some financial issues, mainly due to the low pay from Gonzaga. In 1608 Monteverdi retired to Cremona to recover and wrote a letter to the court that he is seeking an honorable dismissal. Monteverdi’s salary and pension were increased, and he returned to court but continued to find another patronage. In 1610, Monteverdi published Vespers, dedicated to Pope Paul V and visited Rome.

After the death of Duke Vincenzo in 1612, several court intrigues and expense cutting led to the dismissal of Monteverdi. Claudio Monteverdi returned to Cremona and auditioned for the post of maestro at San Marco, Venice. He was appointed to the position in August 1613. At San Marco, Monteverdi quickly restored the musical standards of the choir and instrumentalists, pleasing the managers with his work.

In 1631, Monteverdi got admitted to the tonsure and the following year; he was ordinated a deacon. His last two masterpieces were The Return of Ulysses in 1641 and the opera The Coronation of Poppea in 1642. Monteverdi died on November 29, 1643.