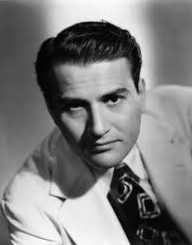 Artie Shaw was born on May 23rd, in 1910. He is best remembered for being a talented American clarinetist. Apart from this, he also garnered profound fame by being a composer, actor, and a bandleader.

Artie Shaw was born as Arthur Jacob Arshawsky on May 23rd, in 1910. His birthplace was in the New York City. He was the son of Harry Arshawsky and Sarah. Shaw’s father worked as a photographer and a dressmaker.

After working in a grocery store for some time, Shaw managed to buy himself his first saxophone. When he clocked 16 years, he opted to play the clarinet. Around this time, he also took on some tours with a band.

Artie Shaw drew his jazz music inspiration from the likes of Louis Armstrong and Bix Beiderbecke. Shortly after, he moved to Cleveland. Here, he partnered with Austin Wylie, a famous bandleader. In 1928, he won himself a trip to Hollywood where he crossed paths with notable musicians at the time. These musicians played in a band alongside Irving Aaronson.

The following year, Shaw managed to join them. Joining the band helped Shaw hone his music talent as he got the opportunity of listening to famous composers such as Claude Debussy and Igor Stravinsky.

Two years down the line, the band shifted to the New York City. Around this period, Artie Shaw opted to take on his music career on his own. As a result, he attracted attention which later gave him the opportunity of becoming a radio performer.

At some point in his music career, Shaw also tried his luck as an author. During this period, he took a short break from the music industry and went on to write.

Artie Shaw’s career took a positive turn after attending a swing concert in 1935. While at the concert he composed “Interlude in B Flat.” Similarly, he brought together a band that impressed many at the concert.

Seeing the successful outcome of the band that he had put together, Shaw was inspired to form his band. It was during this time that he adopted the name, Artie Shaw. His first taste of success came in 1938 after releasing his style of Cole Porter’s work dubbed “Begin the Beguine.”

With time, Shaw released more hits, earning himself a name in the music industry. At the time, he competed with notable personalities such as Glenn Miller and Benny Goodman. His rivalry with Goodman was intense as the two primarily played the clarinet.

Aside from gaining attention due to his talent in music, he also drove attention to his side because of his string of marriages. Artie Shaw tied the knot for eight times during his lifetime. His notable marriages were to Ava Gardner and Lana Turner. Shaw had only two sons in all the eight marriages.