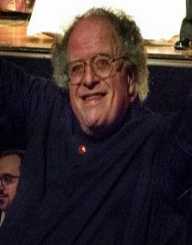 James Levine was a musical director and a pianist; he served for decades in the Metropolitan Opera. He also worked as the director in the Boston Orchestra.

Levine's well-decorated career was however smeared with mud on12th March 2018 when he was accused of sex assault, an accusation that ended his career at Metropolitan Music Opera.

James Levine was born on 23rd June 1943, in Ohio. As a child, he developed an interest in violin and piano. He was raised in a musical family, a factor that contributed to Levine's success. His solo debut came when he was 11, at Cincinnati Symphony Orchestra during a concert for the youth. Together with Walter Levin, he went on to study music.

He later enrolled in Juilliard School, in 1964, where he studied conducting.

James Levine's father was a violinist. He was the leader of a band named Larry Lee, and his mother also had a short stint in acting, making few appearances in Broadway. Levine has two siblings, his brother who works as his personal assistant and his sister who is a family counselor.

In the late 1970s, Levine made a debut as a conductor at Robin Hood Dell, with Philadelphia Orchestra Opera. One year later he got an urgent call to replace IstvanKertesz as a leader in conducting the Chicago Symphony Orchestra.

Between 1973 and 1993, Lavine worked as a music director of Ravinia Festival, following the death of his predecessor Kertesz.

At the age of 28, James Levine made his Metropolitan debut at June Festival performing Tosca. After a series of appearances, he was appointed the Metropolitan Opera as their leading conductor.

His success in Metropolitan Opera saw a series of realms recording. During his tenure, they went on many tours both local and international.

He got a $2.1 million award from Metropolitan in 2010, for his success. The manager of the institution urged Levine to remain as their leading conductor as long as he wanted to.

James Levine had several injuries that occurred from a fall, and this was the beginning of his health problems. This led to reduced roles in Metropolitan Opera.

He made his final appearance in May 2011. He went on to undergo a series of physical therapies. He, however, returned after two years to conduct a concert on May 2013.

The management announced on 14th April 2016 that Levine would relinquish his duties in the institution at the end of 2014 season.

He was appointed as a musical director at Emeritus, a position he held until December 2017. This was after an allegation that Levine had sexually abused four boys; the company was forced to cut all ties linking them to Levin.

Since 2006, James Levine has had a series of health issues. A trip during a standing ovation after his performance with Boston Symphony led to his injury. After a successful surgery to repair the injury Levine returned to the podium.

He had a kidney problem in 2008 forcing him to undergo another surgery. One year later he had a herniated disk, another surgery was performed on him.

On 2011 September Levine fell from the stairs of a plane fracturing his spine, forcing him to undergo another surgery. It took two years of therapy for Levine to return to the stage.