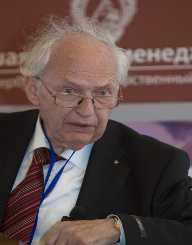 Reinhard Selten was born on October 5, 1930. He was a Poland citizen. He was renown as an Economist. He was also a mathematician He died on August 23, 2016.

Reinhard Selten was born on October 5, 1930, in Wroclaw, Poland. He was born to Adolf Selten and Käthe Luther. He earlier underwent protestant christening due to the anti-semitic political circumstances. He grew up in a political aspect full environment. In 1942, his father succumbed to illness. In 1944, he dropped out of high school due to the problematic experience he encountered being a half- Jewish under the Hitler’s governance. He alongside his family later went to Hessia after passing through Saxonia and Austria.

In 1957, Reinhard Selten was appointed by Professor Heinz Sauermann as a Scientific assistant in the University of Frankfurt. He later conducted research by which he was sponsored by the Deutsche Forschungsgemeinschaft, a National Science Foundation’s German counterpart. In 1959, he alongside Sauermann published ‘Ein Oligopoloexperiment’ journal renown as an Oligopoly experiment. In 1961, he was awarded a Ph.D. in mathematics alongside a thesis on the evaluation of n-person games. He later performed several experiments on oligopoly game with demand inertia. He after that discovered subgame perfectness.

In 1965, Reinhard Selten published ‘Ein Oligopolmodell mit Nachfrageträgheit’ a paper renowned as an oligopoly model with demand inertia. In 1968, he winded up his postdoctoral degree course in economics. In 1969, he started teaching as an all-time Economics’ professor at the Free University of Berlin. In 1972, he shifted to the University of Bielefeld. In 1975, he published a paper where he defined trembling hand of perfectness which denoted definition of a refined motion of perfectness.

In 1984, Reinhard Selten served as an Economics professor at the University of Bonn. He then constructed a laboratory for experimental economic research which was known as the BonnEconLab. In 1996, he was appointed both the Scientific coordinator and the professor emeritus at the same time. He later founded the International Academy of Science in San Marino. He remains a member even after his demise.

In 1994, Reinhard Selten alongside John C. Harsanyi and John F. Nash Jr. due to their excellent analysis of equilibria in the theory of non-cooperative games, in memory of Alfred Nobel, they received the Sveriges Riksbank Prize in Economic Sciences.

In 1959, Reinhard Selten married Elisabeth Langreiner with whom they had no children. He died on August 23, 2016. He died at the age of Eighty-Five.