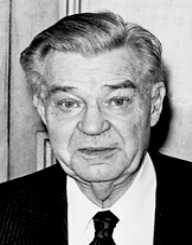 John Richard Hicks was born on 8th April 1904, to Edward and Dorothy Hicks. He was born in Warwick, Warwickshire, England. His father was a journalist.

John Hicks did his education at Clifton College, followed by Balliol College, Oxford. His schooling was completed via mathematical scholarships. During his first year at Oxford, in 1922, Hicks specialized in mathematics, but in 1923, changed to philosophy, politics, and economics.

After graduating, in 1926, John Hicks secured a position lecturing at the London School of Economics and Political Science. He began as a labor economist, lecturing on industrial relations, but over a period he became more involved with the analytical side of economics.

John Hicks left his position in 1935 and took up a new appointment at Cambridge where he lectured and was also a Fellow of Gonville & Caius College. He left Cambridge in 1938 and became a Professor at the University of Manchester.

During his time at the University of Manchester, John Hicks concentrated on welfare economics, and how it applied to social accounting.

His book, The Theory of Wages (1932), came from his early work as a labor economist and is still considered the “go-to” publication in that area of economics. His most famous work, though, was Value and Capital (1939). In all, Hicks had about 20 books published on economics and was attributed with the IS/LM model (1937), the compensated demand function, capital theory, consumer theory, welfare theory and induced innovation, amongst others.

He was considered one of the most influential economists of the 20th century.

John Hicks married Ursula Kathleen Webb in 1935. Webb was an accomplished economist in her own right, and also had several books published on the subject.