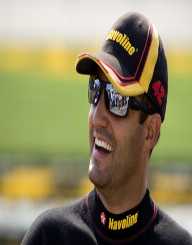 Juan Pablo Montoya is known as one of the top 10 Formula One race car drivers.  This Columbian is also a giving philanthropist.

Juan Pablo Montoya is a 1994 graduate of Colegio San Tarsicio in Bogota.

When Juan Pablo Montoya started racing professionally in 1992, he attended the U.S. Skip Barber driving school.  He was regarded as one of the best students the school had seen.  Montoya got his start in Colombian Formula racing that year in the Renault Series.

Juan Pablo Montoya won half of his races and had five pole positions.  Montoya was dominating the series he raced in from the Swift GTI Championship and Barber Saab Pro Series to the Sudam 125 Karting and Formula N where he won the titles.  He spent the first four years of his career gaining momentum.

In 1997, Juan Pablo Montoya signed on to work with RSM Marko, Formula 3000 team.  The next season he raced with and was a test driver for WilliamsF1.  He continued to win pole positions and races in the F3000 series.

Juan Pablo Montoya became a driver in the CART series in 1999.  At the age of 24, he became the youngest CART FedEx Championship Series champion.  In 2000, he crossed over into Indy 500 driving. That was the year that Juan Pablo Montoya became the first Colombian to win the Indy 5000.  After the success of his Indy 500 win, he signed on for two years with Williams-BMW.  Montoya worked through the challenges of the car and new racers while achieving high rankings in races.

McLaren signed Juan Pablo Montoya to their team in 2005.  He dealt with many car issues as well as injuries.  He still drove though he was not completely healed from problems such as shoulder injuries and crashes. Juan Pablo Montoya also worked with the team to resolve steering and mechanical problems that their cars were dealing with.  Even though he finished 8th overall at the end his Formula 1 career, he looked to new opportunities in the next driving season.

Juan Pablo Montoya and his wife are Goodwill Ambassadors for the United Nations.  They also co-founded the Formula Smiles Foundation in 2003.  The foundation focuses on the well-being of children through sports and other activities so that they can smile.

Juan Pablo Montoya had issues working with some of his racing teams.  Part of the reason that Williams-Williams-team released him from the contract was the verbal fight that occurred with the pit crew in 2003.

Juan Pablo Montoya also had issues with the Williams drivers during and after their contracted time.  Namely with former teammate Ralf Schumacher.  Juan Pablo Montoya often complained about the handling of the equipment, especially with Formula 1 racing.