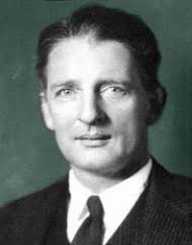 Maxwell Perkins was an economist turned editor, famed for his zeal in helping out young talented writers to achieve their dreams.

Born on September 20, 1884, in New York, his parents named him William Maxwell Evarts Perkins. His parents were Edward and Elizabeth Perkins. He was one of the nine children in the family. Perkins was raised in a wealthy family, with his parents being descendants of rich, influential pioneers. His grandfather was America’s Secretary of State.

He studied at the prestigious St. Paul’s School. This was a famed boarding school for the wealthy situated in New Hampshire. After high school, he joined Harvard College to study economics. Perkins graduated in 1907. It was during his stay at Harvard that he met Charles Copeland. Copeland was a lecturer, poet, and writer. His influence on Perkins would later make him change his career to literature.

Maxwell Perkins started his editorial career at the New York Times. In 1910 he moved to Charles Scribner's Sons. This was a conservative publishing company in New York, famous with the well-known authors in the US. But Perkins had a niche on talent. He slowly influenced the publishing house to accommodate the young upcoming talent. In 1914, he rose up the ranks to become part of the editorial team.

The initial hurdle came in 1918. He introduced the work of young and unknown Scott Fitzgerald to the company. The work of the Princeton graduate was rejected two times. Perkins did not relent. He advised Fitzgerald to edit off a considerable chunk of the initial writing. The edited version of The Romantic Egoist was accepted and published the following year. Following his breakthrough, Fitzgerald managed to release his second novel at Scribner’s in 1920. The novel This Side of Paradise was a big success in the publishing industry.

Another protégé was Ernest Hemingway. Hemingway was introduced to Maxwell Perkins by Fitzgerald. At that time Hemingway was living in France. Perkins prevailed on the company’s editorial team to publish the works of this budding writer. The team agreed, and Hemingway subsequently published all his novels at Scribner’s. The first one titled The Sun Also Rises was acclaimed by literature critics globally. To prove his point on novice authors, Perkins published Hemingway’s second novel A Farewell to Arms in 1929. This became a masterpiece in the bestsellers shelves.

The last significant discovery came as Thomas Wolfe in 1928. Through Perkins, Wolfe gave out his first novel for publication. The full writing was rejected. Under the advice of Perkins, Wolfe struck off over 90,000 words from the original manuscript. The restructured version was then published in 1929. Six years later, Wolfe published his second novel under the title Of Time and The River.

Like the others, Wolfe continued publishing through Scribner’s. However, the two separated and Wolfe left the publishing house. Maxwell Perkins did assist other writers in attaining their potential. Some of them are Edmund Wilson, James Jones, Erskine Caldwell, and Marjorie Rawlings. Rawlings later won a Pulitzer Award in her career.

Maxwell Perkins got married to Louise Sanders in 1910, the same year he joined Scribner’s Sons. Louise Sanders was also from a wealthy aristocratic family from New Jersey. The couple had five daughters. They lived together at their Vermont house until his death in June 1947. The official cause of death, which occurred in Connecticut, was given as pneumonia.

He was a confessed workaholic. True to his word, he worked round the clock to achieve what he always wanted, as witnessed on the zeal to get the young author's works published.

Maxwell Perkins knew that the future belonged to the youth. His relentless pursuit of the novice writers gave a new awakening on how editors view unfinished manuscripts. All the young writers he worked with and advised became sought-after professionals.

In his memoirs, Editor to Author, he outlined all the advice to be followed by both the editors and authors.

Two films have been produced to honor him posthumously. Cross Creek is a film produced in 1988. The second one is Genius done in 2016.

In his endeavor to be different, he managed to have many achieve their dreams in the literature world.