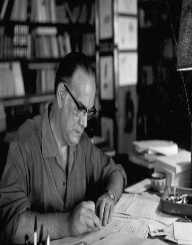 Camilo Jose Cela was the first Marquis of Ira Flavia. He was a famous novelist, and short story writer and essayist.

Camilo José Manuel Juan Ramón Francisco de Gerónimo Cela Trulock was born on 11th of May, 1916.  He lived in the rural parish of Iria Flavia, in Padrón, Province of A Coruña, Galicia (Spain) with his parents and eight younger siblings.

Camilo Jose father was Camilo Crisanto Cela y Fernández, and his mother was Camila Emanuela Trulock y Bertorini. Camilo grew up happy in the upper- middle- class family. They moved to Madrid, where he studied in a Piarist school there.

Camilo Jose was diagnosed with tuberculosis in 1931 and spent time in the tuberculosis sanatorium in Guadarrama for a year. There, he read works by José Ortega y Gasset and Antonio de Solís y Ribadeneyra and wrote his first novel: Pabellón de reposo.

Initially, in 1934, Camilo Jose enrolled in the Medicine Faculty of the Universidad Complutense de Madrid (University of Madrid).

Camilo Jose soon changed his mind and attended classes of Contemporary Literature in the Arts Faculty instead. Camilo showed Pedro Salinas his poems and was encouraged to keep going.

When the Spanish Civil War broke out in 1936, twenty- year old Camilo Jose joined Nationalist Franco’s army, as a corporal. But he was wounded in battle and hospitalized in Logroño, during which he wrote Pisando la dudosa luz del día, a book of poems.

Career And Rise In Fame

After the war in 1940, Camilo Jose decided to study law, but ultimately he could not decide and ended up working in a bureau of textile industries. At the same time, his La Familia de Pascual Duarte was in the works.

The book was published in 1942 with great success and trouble. The Church rejected the roughness of the topic, where Pascual Duarte committed a lot of crimes because he felt nothing.

The second installment was published in Buenos Aires to avoid censorship. With this success, he dropped out of University.

Spanish censors often banned Camilo Jose best work due to its grotesques and colorful description. His better-known works were La Colmena, San Camilo, and many more.

Although Camilo Jose books were banned, Camilo remained loyal to the Nationalist, and he was as an informer for the Spanish secret police. Hence he avoided much trouble with the law.

In 1954, Camilo Jose Cela and his family moved to Mallorca (Majorca). He was a member of the Spanish Academy (Real Academia Española). After the death of Franco, Camilo also began to have a different life in the Transitional Spanish society.

Camilo Jose was appointed to be a Senate of the First Democratic Courts in Madrid between 1977 and 1979, where he took part of the adaptation of the Spanish Constitution by influencing the wording. He was set in Seat Q.

While in Mallorca, Camilo founded a literary magazine, Papeles de Son Armadans, which ran from 1956 to 1979.

The magazine featured exiled writers, can face internal political opposition. Camilo Jose also set up a writer’s museum in Iria Flavia using his money in 1991. All his works are stored in one of the best writers' museums in the world. Until his death, Camilo published seventy books, poetry, stories, twelve novels, and the infamous Diccionario secreto.

In 1987, Camilo Jose Cela was awarded the Prince of Asturias Award for Literature. He also received Nobel Prizes in Literature in 1989.

Camilo became the First Marquis of Iria Flavia on 17th May 1996, ennobled by  King Juan Carlos I. He was also awarded the Miguel de Cervantes Prize the year before.

Camilo Jose Cela was married twice. First was María del Rosario Conde Picavea in 1944, where she gave him his only son Camilo José Arcadio Cela Conde.

The pair divorced in 1989. In 1991, Camilo Jose married journalist Marina Concepción Castaño López. Camilo died in Madrid on 17 January 2002 at the age of 85, of heart disease. He was buried in his hometown at the parish cemetery of Santa María de Adina.