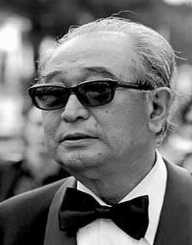 Akira Kurosawa was a Japanese filmmaker who was regarded as one of the most influential directors in the history of CInea. He has a career of 57 years in which he directed over 30 movies. He is also known for bringing the Japanese film industry to the Western markets as well as the world. He was also known for opening the doors for many Japanese and Asian directors to make an impact in the West. His journey to the international realm was remarkable and inspiring. Till today, his movies are known to have continued to entice film connoisseurs.

He brought to the screen a blend of history, art, imagery, and philosophy. He is also known to have adopted various Western classics into movies. Akira Kurosawa adopted Shakespearean Macbeth as Kumonosu-jo. His style is a far cry from the naturalistic way of the then Japanese films. He continued churning out timeless screenplays that stood the test of time despite the fact that economic hardship was prevalent at some point in his career.

Akira Kurosawa was born on the 23rd day of March 1910 in Tokyo, Japan. He happened to be the youngest of his parents’ children. His father was a teacher at the Army’s Physical Education Institute and was once a member of the Samurai family. His father was progressive in his thinking and always considered films and theater to have educational merit. He was inspired by his elementary school teacher who helped him discover his gift of drawing. Akira Kurosawa later learned swordsmanship and calligraphy. His brother helped him face his fears and confronted unpleasant truths which he later implemented in his film. At age, 23, his brother committed suicide, and this was a great and major tragedy in his life. He was affected deeply that he had a sense of loss.

Akira’s career began in 1936 when he became an assistant director at Photo Chemical Laboratories. There, he worked under Yamamoto who liked him. He got involved in numerous responsibilities which helped him in his stage construction and film development. In 1943, he made his debut as a director in Sonship Sugata. The film was considered to be too British-American. However, the film saw the light of the day upon the intervention of Yasujiro Ozu. The film was a huge success and was about a successful Japanese Judo master. He later consolidated his success with Ichiban Utsukushiku (the Most Beautiful) in 1944. He, however, met Yoko Yaguchi, his future wife on his movie set. Sooner, he released his movie, Yoidore Tenshi (Drunken Angel) in 1948 and won rave of reviews. This movie later won The Best Film of the Year. As at then, he cast Toshiro Mifune who was unknown then as his lead actor.

Later on, he formed an independent production unit with Kajiro Yamamoto, Mikio Naruse, and Senkichi Taniguchi. They both called the production unit Eiga Geijutsu Kyokai (Film Art Association). Their first production under this banner was The QuietDuel, and this had a modest hit. His career had a turning point in 1950 when he directed Rashomon, an experimental short story. He had a unique theme which did not impress the Japanese Critics due to the Western theme it has. However, the film was given a great accolade in the Venice Film Festival. This then became his entry into the Western film industry.

Akira Kurosawa later had great success with his movie Shichinin No Samurai in 1954. It was voted the best Japanese film ever made by Japan’s leading critics. His first Hollywood project, Tora! Tora! Tora!, was not well received by critics. Success eluded him until 1975 when he won many accolades with his film, Dersu Uzala which put him back on track. His success kept on waxing strong and strong through 1980 and 1985. Both films depicted powerful scenes and intense dramatic performances which later became some of his most notable works. IN 1993, his work, Madadayo became the last film he would direct before his health slowed him down.

His first and most notable work which won many and numerous accolades and acclaim are Rashomon. This film has a very good and minimalist set as well as a very good sound. Its technical expertise and silent cinema, as well as modern art, are top notch.

Akira Kurosawa fell in love with Yaguchi whom he married on May 21, 1945. Yaguchi abandoned her acting career despite their constant fight and professional differences. They lived together until her death in 1985. They had two children together – Hisao and Kazuko. His health fell weak and was confined to bed for the last years of his life. He died at the age of 88 on September 6, 1998, of a stroke.