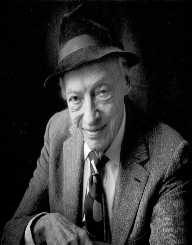 Saul Bellow was a Canadian-born American novelist celebrated for his award-winning novels. He won numerous literary awards including Nobel Prize for Literature, Pulitzer and the National Book Award for Fiction.

Bellow was born on June 10, 1915, in Lachine, Canada but spent most of his life in the United States. His parents moved to Chicago in 1924 when Bellow was only nine years. He went to school at Northwestern University and was involved in the World War 2 as a merchant marine. He inaugurated his writing career by the release of his first novel "Dangling Man."

Saul Bellow was born in Canada in Lachine, Canada only two years after the emigration of his parents from Saint Petersburg, Russia. His parents were Lescha and Abraham Bellow. His father was an onion importer and supplier of coal in a bakery. Bellow had one brother called Maurice.

He grew up in Canada until he was nine years where his parents moved to Chicago. He spent the rest of his life in Chicago, and he describes it as the place that shaped his writing career.

Bellow grew up in a strictly religious family. The family was Lithuanian-Jewish, and her mother followed the Hebrew culture to the letter. Bellow celebrated his birthday in June as it was a Hebrew requirement to set the date of birth which sometimes differs with the Gregorian calendar.

Bellow developed an interest in reading when he was still young and learned the Hebrew language when he was only four years. He got more inspired to pursue writing as a career after being influenced by the book by Harriet Beecher Stowe.

His mother was highly religious and wanted Bellow to become a Rabbi or a Violinist. Bellow did not like the idea, and he chose to pursue his passion for writing. His mother passed on when Bellow was 17 years.

Bellow did his graduate studies in the same field from the University of Wisconsin-Madison.

Saul Bellow was part of Writers Project at the Works Progress Administration, a platform that helped him launch his writing career. When the World War 2 broke out, he joined the United States, Merchant Marine. While here, he finished writing his first novel "Dangling Man" that was published in 1944. The novel described a man that wanted to join the army during the war period.

Saul taught at the University of Minnesota between 1941 and 1946 where he specialized in intellectual history. He was awarded Guggenheim Fellowship that gave him an opportunity to travel to Paris where he worked on his book "The Adventure of Augie March." This book was published in 1953.

Saul’s biggest breakthrough came in 1964 when he completed the novel "Herzog." The novel became a "best-seller." It was listed among top 100 best novels by Time Magazine. The novel also won the United States National Book Award for Fiction. Six years later, Bellow published another book "Mr. Sammler's Planet." The novel also performed very well and even won The National Book Award for Fiction, making it a consecutive win for him. This book describes how leisure and opulence have led to increase in the suffering of all human beings.

In 1975, Saul Bellow published his novel "Humboldt's Gift." The book described the relationship between art and authority in America's materialistic culture. His works concentrated most on the modern civilization and the effects it has on the society. He also had a special place for his religion and featured the Jewish culture in some of his books.

In 1977, Saul was honored by being chosen for the Jefferson Lecture by the National Endowment for the Humanities. This honor is the biggest any scholar can receive from the Federal government of the United States as an appreciation of positive contributions in the field of Humanities. He gave a lecture titled "The Writer and His Country Look Each Other Over."

Bellow became a "Writer in Residence" at the University of Victoria. He also became a visiting Lansdowne Scholar. He was also passionate about teaching, and he taught at Boston University at his old age

Saul Bellow married five times; four ended in divorce. In 1937, he married Goshkin Anita, and they had a son. They separated in 1956, and he married Alexandra Tulcea and had a son named Adam. They divorced in 1959.

In 1961, he married Susan Glassman, and they separated in 1964. After ten years, he married Alexandra Tulcea, and they divorced in 1985.

Saul Bellow died on 2005 in Massachusetts at 89 years.