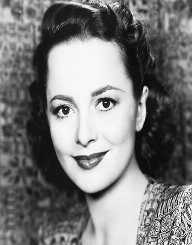 Olivia de Havilland was born on July 1st, 1916. She is a British-American actress whose career traversed during the 1930s to the 1990s. After signing with Warner Brothers in 1935, it took her four years before landing an important role in Gone with the Wind as Melanie. This open film doors of success to Havilland as she later got awarded for remarkable roles in the films The Heiress and To Each His Own. Currently, de Havilland resides in Paris, France.

Olivia Mary de Havilland was born in Tokyo, Japan. Her parents were of English descent. Walter Augustus de Havilland, her father, and Lillian Augusta, her mother, were both successful in their careers. Her father was a professor teaching English at Imperial University located in Tokyo. There is also some period where her father worked as a patent lawyer. On the other hand, her mother was formerly a stage actress. De Havilland had a sister named Joan.

Unfortunately, de Havilland’s parents’ marriage was not a happy one as her father kept cheating on her mother. This later made the couple to separate after which Havilland moved to the U.S. with the company of her mother and Joan, her sister.

In 1993, de Havilland’s breakthrough came after her stage role in one of Max Reinhardt’s productions A Midsummer Night's Dream. She played the role of Hermia during the popular event, Hollywood Bowl. Two years later, she was called on to reprise her role while acting alongside James Cagney and Dick Powell. Around this time, she also managed to land a 7-year contract with Warner Brothers.

In 1935, Warner Brothers paired de Havilland with an Australian actor named Errol Flynn while playing the action film, Captain Blood. Little did they know that the two would become a famous film duo.

In 1938, de Havilland and Errol Flynn were brought together again to feature on The Adventures of Robin Hood. The production earned her fame as it was famous all over. She was now the newly rising movie star during this period. Unfortunately, her rise to stardom as a movie star did not workout out fine with subsequent roles while at Warner Brothers. The roles given to her were not close to being challenging as they mainly revolved around the same routine.
Her dramatic personality came out when she featured in Gone with the Wind in 1939. This was a hit for her, and the movie was highly ranked during the same year. Gone with the Wind was based Margaret Mitchell’s novel.

De Havilland was acting as Melanie, a lady with a kind and gentle personality in the film. She went on to receive some awards for playing the role of Melanie. For example, she was an Academy Award nominee for Best Supporting Actress. This was just the beginning of the awards as she was later considered an Academy Award nominee for featuring in Hold Back the Dawn in 1941. The winner of this award was her sister, Joan.

Behind the scenes, things were not working out fine for de Havilland in her film career at Warner Brothers. She felt that the contract she had signed tied her down. This made her seek for legal assistance that would free her.
Soon, California Court Of Appeals came out with a ruling that would set de Havilland free from Warner Brothers.

Immediately, signed with Paramount Pictures for a two-picture deal. In 1945, Olivia de Havilland featured into Each His Own. Her impressive performance secured her an award for best actress. In 1948, she again appeared in yet another remarkable role in The Snake Pit. Her role in this movie also gained her positive recognition as a movie star.
During this period, her career was at its best when she surprised her fans with another hit drama The Heiress- 1949. This was her fourth consecutive time she portrayed her amazing acting personality. This film earned de Havilland a Golden Globe as well as an Academy Award for best actress. Nonetheless, by the time 1950s approached her film career had slowed down.

Before tying the knot, de Havilland was associated with some romantic relationships with men including James Stewart, John Huston, and Howard Hughes. In 1946, she got married for the first time to Marcus Goodrich. The couple had one child before separating in 1953. Pierre Galante was her second husband whom she married in 1955. Sadly, their marriage only lasted for four years. They had one daughter while married to each other.