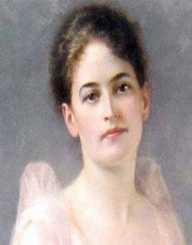 Founder of the Girl Scouts of the USA, Juliette Gordon Low was born on the 31 October 1860 in Savannah, Georgia. She was one of six children born to William Washington Gordon II and Eleanor Kinzie.

Her mother was a writer and her father a wealthy businessman who had been a Captain in the Confederate army during the American Civil War. As a child, she participated in athletics and was also artistic with a love of nature and animals.

In 1911, Juliette Gordon Low met the founder of the Boy Scout movement, Sir Robert Baden-Powell and his sister Agnes and became friendly with them. Agnes was involved in setting up scouting groups for girls called the Girl Guides.

Low then joined the Girl Guides and subsequently started scouting groups for girls in Scotland and England. In 1912, she relocated back to Savannah, Georgia and upon her return, she set up a Girl Guides of America group in Savannah.

Juliette Gordon Low started by enrolling a group of 18 girls. Ahead of her time, Low broke many social taboos by accepting girls from different ethnic, economic and social groups including anyone with a disability.

Her focus from the outset was to impart leadership skills and personal growth for each girl. Low was an energetic person with a wide range of contacts, and she used all her resources, doing fundraising and public relations to raise awareness of the movement. The movement multiplied, and Low continued working on both a national and international level to promote the organization.

In 1886, Juliette Gordon Low married William Mackay Low, the son of a wealthy landowning English family and the couple divided their time between England and Georgia in the USA. She led a privileged life in England, entertaining the Prince of Wales, a friend of her husband’s and various others at their home in Warwickshire.

Due to her ill health and her husband’s absences, her marriage broke down, and they were in the process of divorcing when he died suddenly in 1905. This led to a dispute about his Will, but eventually, Juliette Gordon Low was awarded their house in Savannah and a financial settlement. The couple had no children, and Low did not remarry.

Juliette Gordon Low died on the 17 January 1927 from breast cancer.

Juliette Gordon Low suffered from chronic ear infections which eventually lead to deafness. Later in life, she had breast cancer.

The Juliette Low World Friendship Fund was established by her friends and supporters in her honor. The fund focuses on funding international projects for Girl Scouts and Girl Guide projects globally.

The Girl Guide movement continues to honor Low’s memory with various schools, camps, and scholarships. There has been an opera written about her life and achievements, biographies and a postage stamp. In 2012, President Barack Obama posthumously awarded Low the Presidential Medal of Freedom.