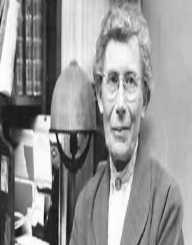 IInge Lehmann was born on May 13, 1888, in Copenhagen, Denmark. Her parents were Ida Torsleff and Alfred Lehmann.

Beginning in 1907, IInge Lehmann began attending the University of Copenhagen. Here, she studied mathematics. She later left school for a short time because of poor health. When he resumed her education in 1910, she instead enrolled in Newnham College (at the University of Cambridge). Here, she also studied mathematics. The next year, she had to take a break in her education again,  her health was poor. It was not until 1918 that she returned to school, again at the University of Copenhagen. In 1920, she graduated with a candidate magisterii degree (equivalent to a master’s degree) in mathematics and physical science.

In 1922, IInge Lehmann continued her education, but not at a college. She studied under the mathematician Wilhelm Blaschke, in Germany. In 1923, she returned home to Denmark.

In 1928, she earned a magister scientiarum degree (equivalent to a master’s degree) in geodesy. Geodesy is a type of mathematics used to measure curvatures and other shapes on the earth and on other planets. She did not earn this degree for going to a certain school, but instead, she earned it by studying and researching on her free time.

Once back in Denmark, IInge Lehmann took on the job of assistant professor of actuarial science at her alma mater, Copenhagen University. Two years later, she began working at the Gradmaalingen as an assistant to Niels Erik Nordlund. While here, she worked closely with Norlund. Together, they set up seismological observatories in Denmark and Greenland. These observatories were set up to predict earthquakes and other geological movements.

In 1927, IInge Lehmann and her coworkers set up more observatories around Europe, which she often visited and researched at these places. Around this time, she also began attending conferences and other events in the seismological science community. It was while at these conferences and meetings that she met other scientists in the same fields who she would later work with.

In 1928, at the Geodetic Institute of Denmark, she was made the state geodesist head of the department of seismology.

Throughout the rest of the 1920’s and 1930’s, IInge Lehmann focused on researching and studying seismographic data from earthquakes near her old observatories and others around the world. During these studies, she noticed that there were two different kinds of seismographic waves that were causing the earthquakes. Two types of waves were pressure waves (P waves) and shear waves (S waves).

The P waves proved to be more interesting than the S waves in her study. For one, the P waves were appearing in places where they should not have been. To try to figure out why the P waves were doing this, IInge Lehmann created a mathematical equation. In this equation, she assumed that the earth had an entirely solid core, which was what was believed at the time. This didn’t work out, as it seemed as though the P waves were being reflected or otherwise changed, which couldn’t happen with an entirely solid core. Because of this, she formed a hypothesis stating that the earth had both a solid core and a molten core, with the molten core surrounding the solid core. This hypothesis made her famous in the seismological circles.

In 1936, she helped to found the Danish Geophysical Society. She was also a chairman of the society in the year 1941 and again in 1944.

In 1950, IInge Lehmann helped to found the European Seismological Federation. She was also the president of the Federation in the same year.

In 1952, she retired from working at the Geodetic Institute. However, she continued with her research. IInge Lehmann did not work alone, but instead working with other seismologists from around the world, but mostly in the United States. It was while in the states that she discovered another matter dealing with earth’s core: a velocity layer below the earth’s surface. This discovery was later named after her: Lehmann discontinuity.

All of Lehmann’s awards and accomplishments are due to her work in science and mathematics. Some of her most prestigious awards are listed below.

Medal of the Seismological Society of America (1977)

After her death, the American Geophysical Union named a medal after her: the Inge Lehmann Medal. This medal is given out every year, since 1997.