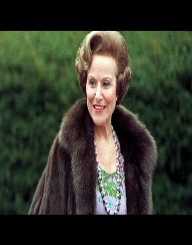 Pauline Phillips was born on July 4, 1918.  She was an American Columnist. She used the pen name ‘Abigail Van Buren.’  She is known for the column ‘Dear Abby.’

Pauline was born on July 4, 1918, in Iowa. She was born to Rebecca Rushall who was a homemaker and Abraham Friedman who owned a movie theatre. Her parents moved to the United States from Russia in 1908. She was brought up alongside three siblings. She attended Central High School. She also attended Morningside College in Iowa. She loved learning journalism and psychology.

In 1955, Pauline Phillips began her career as an advice columnist for ‘The Chicago Times.’ She gave advice on the ‘Ask Landers’ column which was handled by Esther, her twin sister. In 1956, she began working as an advice columnist for the ‘San Francisco Chronicle.’ In the same year, her column ‘Dear Abby’ debuted. Her column focused on everything from love life to families to health. She, however, did not publish articles or letters that had topics that were considered taboo then such as homosexuality and divorce among other topics. Pauline would consult experts such as lawyers and doctors in order to get answers for some of the letters. She received three thousand to twenty five thousand letters per week. She later had a professional feud with her sister. The feud did not, however, affect her career.

In 1956, Pauline offered her column to ‘Sioux City Journal’ with an agreement that they would not run ‘Ann Landers.’ In 1964, she reconciled with her twin sister Esther. In 1987, he daughter, Jeanne, became a co-writer of her column. In 2002, she retired at the beginning of her Alzheimer’s. She wrote books such as ‘Dear Abby’ and ‘The Best of Dear Abby’ among others.

In 1939, she got married to Morton Phillips with whom she had two children, Edward Jay Phillips and Jeanne Phillips. Pauline Phillips put her family before everything she did. She died on January 16, 2013. She died at the age of ninety four. She was survived by her husband, daughter, four grandchildren and two great grandchildren.